I made my deep sea first voyage as a cadet on MV Clan McLaren, sailing from London’s Victoria Docks to Christmas Island in the Pacific Ocean.

Ours was an unusual mission.   We were, I believe, the last supply vessel to serve the military and scientific community then running Britain’s atomic bomb testing centre.

I remember now, as we ploughed our way through a heaving, storm-wracked Bay of Biscay, bound for the Panama Canal, the Second Mate (whose name might’ve been Peat) said it was the worst Biscay crossing he’d experienced in 25 years at sea.  I was surprised I wasn’t sea-sick.

Part of our cargo consisted of pallets of cases of lager and beer, destined for the troops.  It was raining for much of the time when they were loaded in London.  By the time we arrived at Christmas Island, six weeks later, most of the – cardboard – cases were falling apart.  By the time they’d been unloaded, several of the soldiers, who were working as stevedores, were also falling apart.

My last full, ocean-going voyage was as Second Mate on the MV Elizabeth Bowater. Again, it was an unusual trip.  We spent six or seven months working between Liverpool in Nova Scotia and Alexandria, Virginia, delivering newsprint for the Washington Post, who had a 50% ownership of the Canadian paper mill.

For the final run back to the UK, the ship was loaded with paper pulp.  This is heavy, deadweight stuff.  We were on the very limit for seaworthiness – at least according to our Plimsoll line.

Quite unexpectedly, we ran into a raging, four-day storm in the North Atlantic.  Our little ship – and the Elizabeth Bowater was a little ship – was completely swamped by the roiling sea.  It was hard-going just making headway.  We had problems with the auto-pilot, which was my responsibility, so I had to spend ages in the steering chamber – a humid, enclosed space above the rudder, reeking with the stench of hot oil – trying, successfully, to fix it.  And, in the middle of one howling night, on my watch, a watertight door leading to a space containing electrical switchgear burst open.  Unable to persuade any of the crew to turn out voluntarily to get it closed, the First Mate and I had to tackle the problem on our own.  We won the battle, but not before the North Atlantic had tried its best to snatch me from the deck and suck me into its angry, seething depths.  Thank goodness for the ropes we’d tied around ourselves and secured on board!

It’s odd to think that my time in the merchant navy was bookended by such ferocious storms. And even odder when I remember that, in all that time, on general and refrigerated cargo ships, tankers and the great liners of Union-Castle’s Royal Mail Service, I was never sea-sick.

It was only many years later, long after I’d come ashore, when I spent six months working on a charter yacht in the Caribbean, that I experienced the hell of that particular condition.

Had it happened earlier, it could’ve put me off the sea forever.  And then think what I would’ve missed! 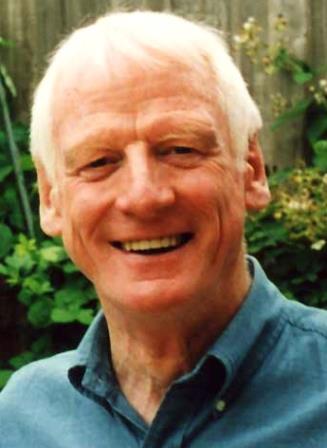 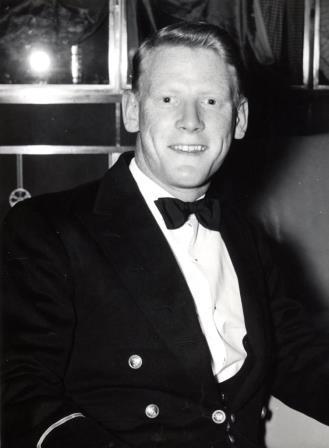 I am sorry to have to give you the sad news of the death of my husband, Francis Glibbery.

Francis died peacefully in hospital in Exeter early on the morning of 9th December, of sepsis and Covid-19.

He had been ill with a chest infection since late October; as he was not improving he was hospitalised on 11th November and unfortunately he contracted Covid-19 in hospital.

He was home briefly from 2nd December but worsened again and was re-admitted to hospital on 5th December.

I must apologise for the delay in letting you know of Francis’s death. The reason for this is that I also caught the Covid virus and was ill myself. I am sorry that this meant I only managed to notify close friends and immediate family prior to the funeral, which was held at East Devon Crematorium on 23rd December.

Francis was a very special person, and we had hoped to enjoy many years of retirement together down here in Devon, after we married in April 2016. Sadly, it was not to be. Although I miss him terribly, there are many wonderful memories and experiences to look back on, which are a great comfort at this time.