Captain Culpin was Chief Officer of the "Rochester Castle" (Captain Wren in command) when she was one of six surviving vessels from the Malta convoy Operation Pedestal.

I, like many other deck officers, came into contact with 'Big Jim' as he was often referred to, when he was assistant to Captain Wilcock in the London office.

He appeared to me to be a somewhat morose man but then he was in the office at the start of the Company's decline when officers started resigning almost en mass. (the day I resigned he told Captain Hart "he's the third today.")

In 1962 Captain Culpin interviewed me as a prospective deck cadet.

The interview was in Cayzer House and was the first job interview I had ever had. I was 16 at the time.

He was willing to accept me into the company but only after I had completed a year at pre-sea college. This I completed at King Edward VII Nautical College 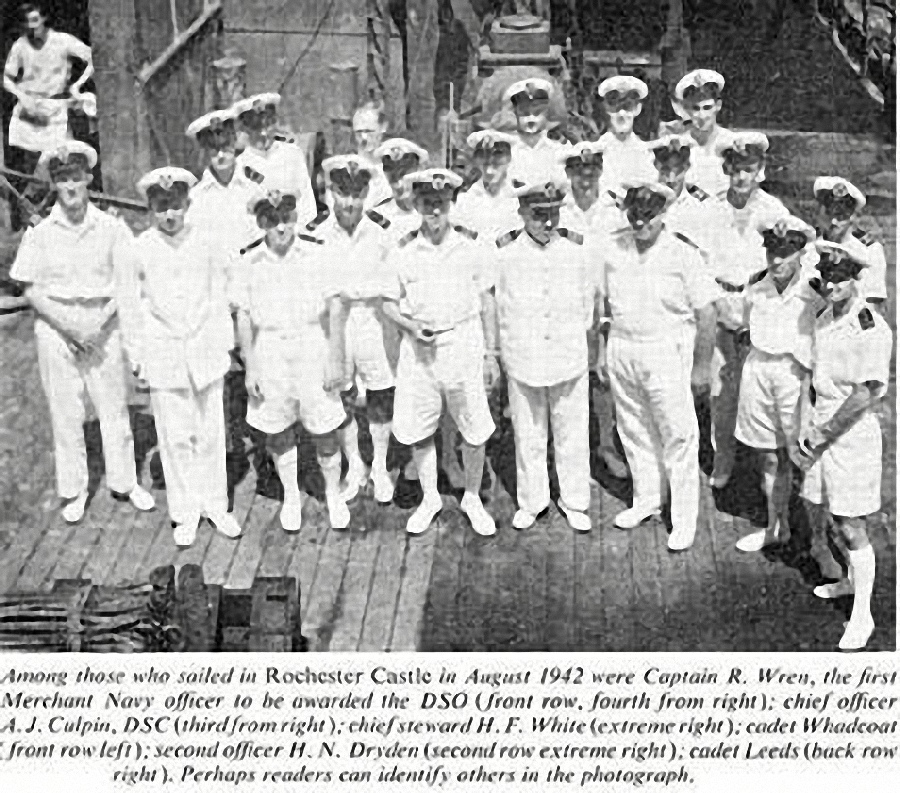 My father, Jim Culpin, was the Chief Officer on the Rochester during Operation Pedestal.

He was awarded the DSC for his part in the action (throwing live incendiary bombs off the deck and going down into a hold full of burning ammunition and putting the fire out). He went on to command the Samtrent and other intermediates and mail boats in Union-Castle fleet after the war. He ended his days as the Assistant Marine Superintendent working with Capt Ray Hart in Cayzer House.

When I was quite a young lad (he died in '67) the Rochester Castle came into London docks and he took me down to see the old girl. He always used to wear a three-piece suit and carried a little silver pen knife in his waistcoat pocket.

He took me out onto the port bridge wing and started picking away at the paint with his penknife to reveal a bullet hole papered over as you described. He told me that that particular bullet had passed between his legs about 3 inches below his crown jewels – thank God it did as there would have been no me or my sister had it been 3 inches higher.

I followed him into what was then British and Commonwealth in 1973 serving on a variety of their ships and ending up as fourth mate on Windsor Castle. 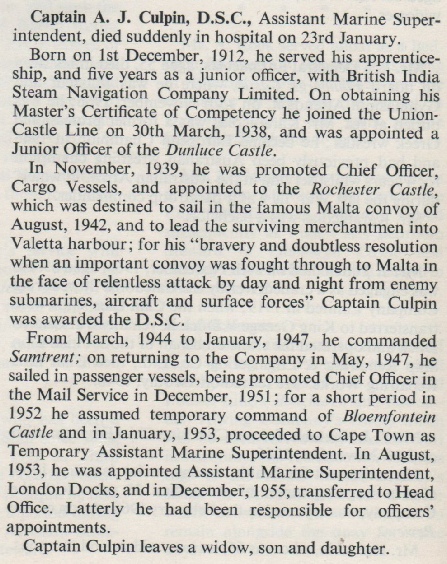