The Currie Line Ltd. was a Scottish company out of Leith with www.theshipslist.com giving origins dating back to 1800 eventually becoming the Leith, Hull and Hamburgh [later to become "Hamburg"] Steam Packet Co. in 1852 with James Currie joining the company in 1862.

There seems to some confusion in their records as they refer to the takeover in 1919 of the Hull & Hamburg Line fleet [it is not clear whether they are referring to a company of that name or the Leith, Hull and Hamburg] previously managed by Donald Currie who was the brother of James, whereas my flag sources from 1885 are showing that James Currie was the operator of Leith, Hull & Hamburg.

Whatever, it is clear that James Currie and Leith, Hull & Hamburg and the flag were all operating well before the 1913 date.

James Currie would seem to have taken over the Leith, Hull & Hamburg company at some point, trading mainly through it until 1940 when its name was change to Currie Line Ltd. [Hamburg being considered inappropriate] and then in 1969 they were acquired by Anchor Line Ltd.

Prior to 1862, the company (Leith, Hull & Hamburg S.P. Co.) was under the control of Robert Barclay of Barclay, Curle Shipbuilders, Glasgow. Owing to ill health, he sold the shipping company to the brothers Donald and James Currie. Copies of old letters show that Donald Currie acted as the principal director while James took over the management. 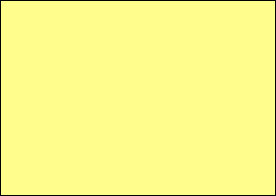 Donald Currie owned a further two companies, the first was the well known Castle Line which later amalgamated with the Union S.S. Co. to form the Union Castle Line. The second concern was the Liverpool & Hamburg Line of Liverpool which ran cargo services from Liverpool, Manchester, Preston & Glasgow to Germany and the Baltic. In 1871, a couple of vessels were transferred from the Leith company to run private mails from Dartmouth to South Africa.

After the Great War, the Liverpool & Hamburg Line was taken over and managed by the Leith company but the routes continued to operate until after WW11 when a severe decline in trade made them redundant. In 1940 the company became a public concern under the name of Currie Line Ltd.

Castle Line was formed in 1862 by Donald Currie as Donald Currie & Co. to run a regular sailing ship service to India and familiarly known as "Currie's Calcutta Castles".

The first steamships entered service on the India route in 1872 and the same year, a passenger and private mail service from the UK to South Africa was inaugurated.

In 1876 the company became Castle Mail Packet Co. Ltd. and a joint mail contract was awarded together with the Union SS Co.

Calls at Flushing began in 1889 resulting in the grant of a contract to carry Dutch mails to South Africa and in 1900 Castle Line merged with the Union SS Co. to form Union-Castle Mail SS Co.