I have just come across your interesting site regarding the Union-Castle Line. My father was a Radio Officer on the SS Llanstephan Castle from about 1929-1933.  I don't know the exact dates he was employed by the company but have I have photographs of him in his uniform dated 1930 and 1932. He spent 2/3 years in this position as an interim between leaving school and going to university where he studied to be a Veterinary Surgeon.

His route was to Durban I believe.  I have been trying to find out as much as I can about the Llanstephan and have managed to find and download a couple of photos from the internet.  I know that the few years that he spent in this position were some of the most memorable and happiest of his life.

Good luck with your project.

I am attaching both photos of my father on Llanstephan as they show both versions of the uniform. The first has on the back  'Billy Dayus by himself on the S/S Llanstephan Castle July 1930 '.  The second '1932'.

I would indeed be most interested in anything else that you could find out for me about the Llanstephan's routes and the work of a radio officer. In particular where the ship was in July 1930.  Presumably South Africa. Although my father's name was Edward Herbert Dayus he was known as 'Billy'. 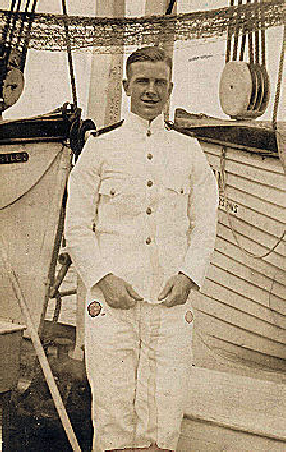 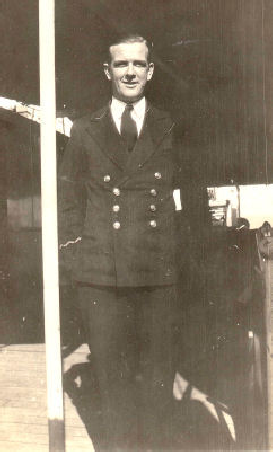