She was built as the Dresden for Norddeutscher Lloyd of Bremen as the first of eight passenger-cargo liners.

In 1903 she was sold to R. P. Houston & Co. for their South American cargo-passenger service to South America and renamed Helius.

She was acquired by Union-Castle as a reserve steamer in 1904 and laid up at Netley.

However, after the end of the Boer War an 1902 there was a surplus of tonnage to South Africa and she was no longer required.

Consequently, she was sold to the Turkish Government in 1906 and renamed Tirimujghian. On 6th November 1914 she was sunk by Russian forces in the Black Sea. 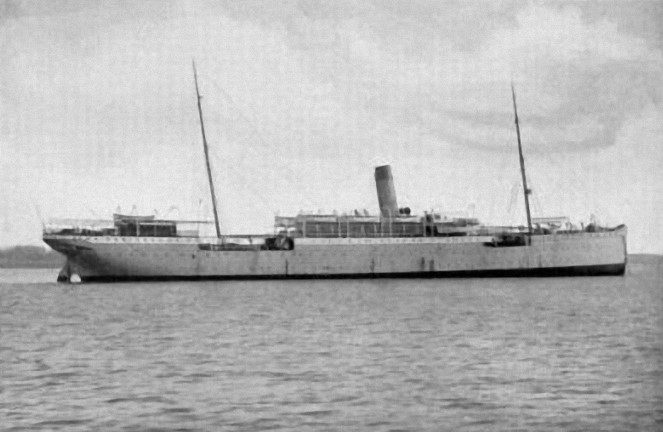