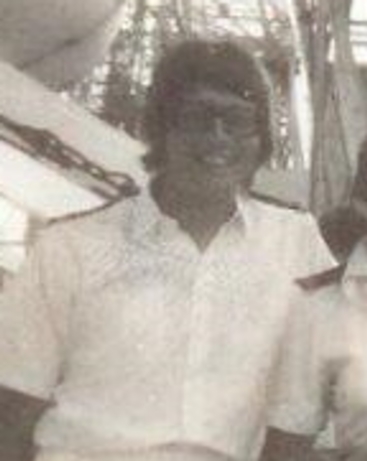 Sadly, I have to pass on news of the ‘Going Aloft’ of Graham Parker yesterday, 9th October.

Graham was a member of the Pursers department on numerous Union-Castle ships over the years, and subsequent to the ending of U/C he moved, with his partner Pete Hayne, to France in order to pursue their love of ski-ing, and settled in the Haute Savoie in the French Alps.

Sad news. I knew Graham on SA Vaal when the Bill Honeywill episode occurred. One of his funnier comments to me anyway was when he was told that the following trip he would be transferred to 3rd Purser Catering. “Catering” he screamed "I can't even roast an egg" Bill Fleetwood just rolled his eyes. RIP.

Graham was the first person I met on joining the Eddy in 1972. He welcomed me aboard, showed me to my cabin and was a friend throughout my time with UC. I will always think fondly of him and am sorry to hear this news. RIP Graham and thanks for everything.

Graham was a lovely friend to me too, particularly on my first trip in the first class bureau on the Pen. It was good to catch up with him at a reunion some years ago. God bless him.

We were so saddened to learn that Graham Parker died yesterday. I sailed as 3rd Officer aboard Edinburgh Castle - as did Fiona (nee Eastwick), Purserette, now my wife - when Graham was 3rd Purser. He was tremendous fun;  we were both extremely fond of him and have many happy memories of several trips with him.  He was apparently also a wonderful ballroom dancer, as many female staff will testify! Fiona and I were both at the 2022 Pursers Reunion at Southampton last week where Graham’s name came up several times in conversation. A caring colleague and a generous friend, he will be missed by many of his old shipmates.