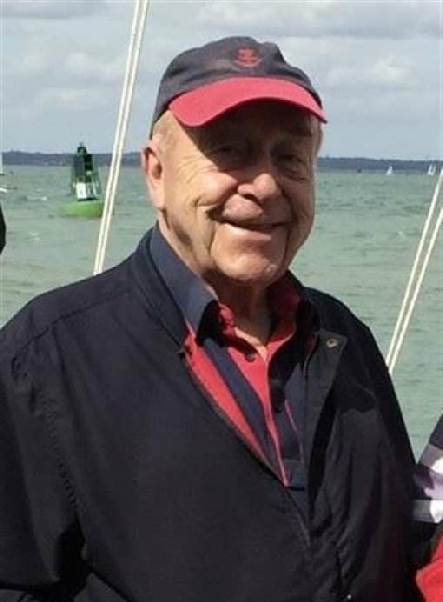 Before taking up his professional career as a hairdresser, Tony had enjoyed success at ballroom dancing winning the Star Junior National Championship at the age of 15.

During our days sailing together on "Edinburgh Castle" in 1960 he gave informal dancing instruction for some of the less talented officers, improving our skills at The Cha Cha and The Rumba.

The dancing introduced Tony to his wife Patricia and together they were frequent performers on TV dance shows including Come Dancing and Victor Sylvester's Television Dancing Club.

Tony and Patriciaalso enjoyed a love of sailing which brought them to Lymington where he ran his hairdressing business "Toppers International Barbers Shop".

Tony and I shared a common interest, both having received our education in Nottingham and of course our memories of our days at sea. Our shared interests from our youth led to a few salty tales as he wielded the scissors. I received my first 'short back and sides' from Tony in 1960 and my last one just six month ago shortly before he retired.