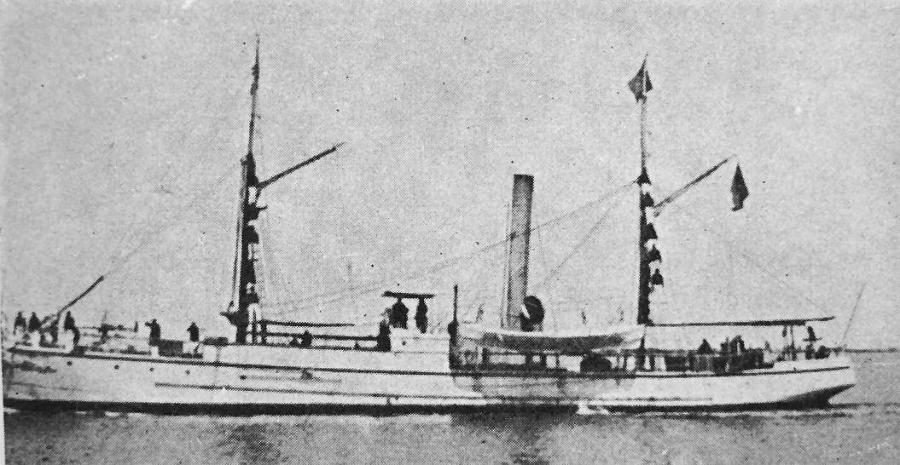 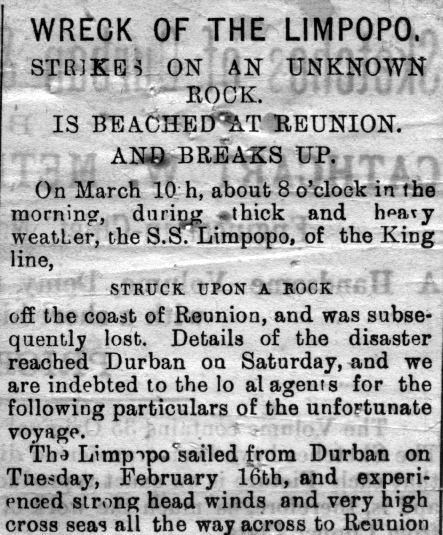 Although actually owned by Mr Wm Gray of London, a friend of Messrs Bullard and King, the Limpopo was operated under the auspices of the Natal Line from the early days of her career.

In 1890 she was put on the east coast service between Natal and Mozambique and was the first steamer of any considerable size to make use of the then new port of Beira.

The Limpopo’s first cargo for Beira consisted mainly of wood and iron houses built in sections at Durban and subsequently erected at Beira for the accomodation of the Portuguese soldiers stationed there. These were the first first houses built in the place.

On February 16th she left Durban in ballast for Reunion and Mauritius, but a few weeks later she struck an uncharted rock off the coast of Reunion and became a total wreck. 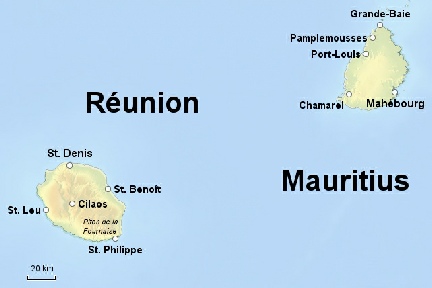