Cap Polonio was constructed in Hamburg by Blohm & Voss for the Hamburg-South America Line, she was launched in 1914 and named after Cabo Polonio in Uruguay.

With the outbreak of war, she was requisitioned by the Imperial German Navy with the prior agreement of the owners for conversion as an auxiliary cruiser. Essential civilian work was completed and she was armed with four 150mm and four 88mm quick-firing guns.

In February 1915 this work was completed and on 6 February 1915 she was commissioned as SMS Vineta. However, trials were unsatisfactory; She was expected to achieve a top speed of 17 knots, but was unable to reach this. Also by this time the first phase of the war on commerce was over; the fast passenger liners taken up by the IGN had proved impractical in light of their prodigious need for coal while operating. With a coal consumption of 250 tons per day her maximum endurance at sea was less than three weeks, while even her forecast speed was less than many British warships, In light of this Vineta was handed back to her owners.

As Cap Polonio she remained blockaded at Hamburg and at the end of the war was seized by the Allies as war reparations.

She was transferred to Union-Castle Line for service to South Africa. In this role she also unsatisfactory, as her engines were found to be deficient.

After passing though a number of owners, Cap Polonio was scrapped in 1935. 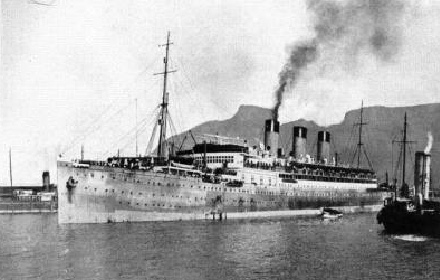 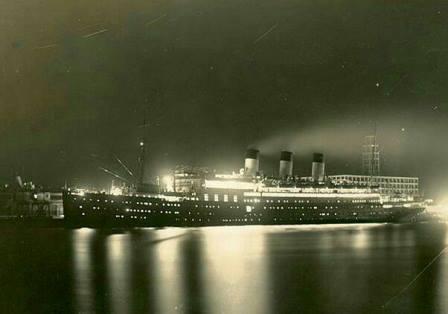 CAP POLONIO...served as a Union-Castle mailship for one voyage after being taken as a WW1 war prize.

The owners had sabotaged the engine so badly that the south bound voyage was terminated at Cape Town.

The voyage home was no better. After transfer to P&O she was returned to her original owners, and mysteriously enjoyed a trouble free career thereafter!!! 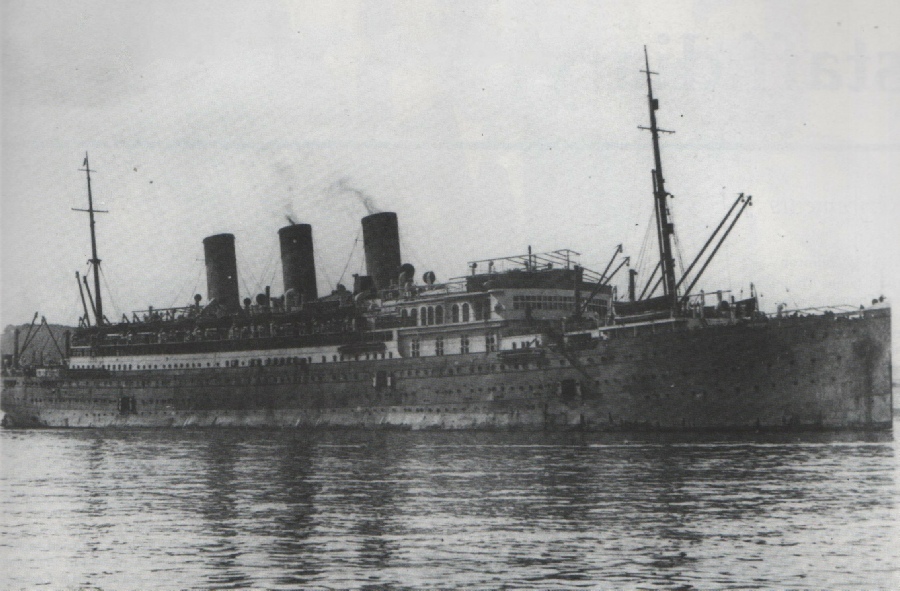 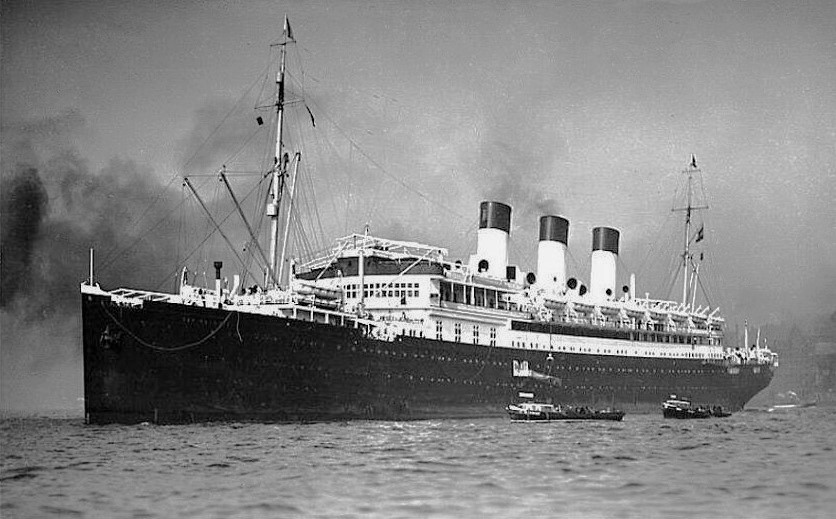 Back under the German flag 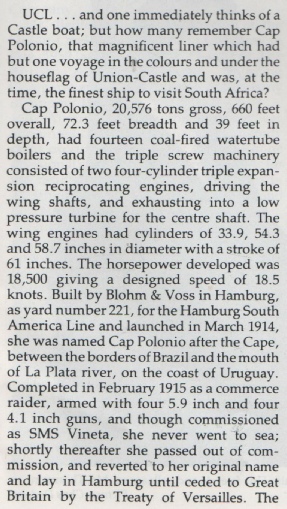 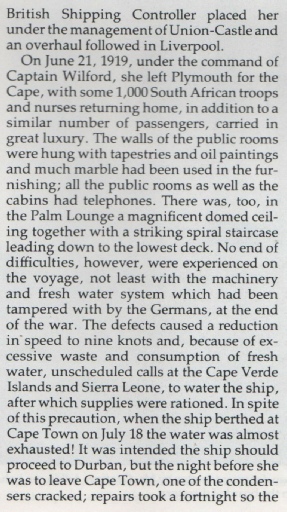 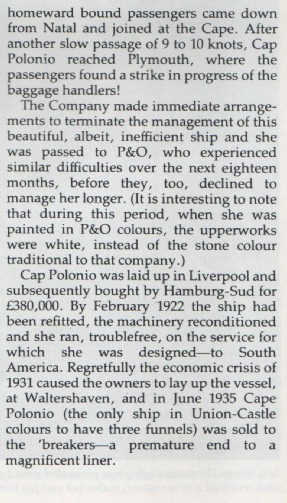 Sabotaged by her German Owners