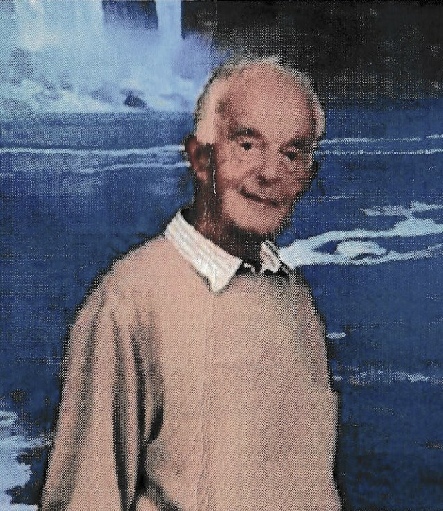 "Meet Mike Moore, 30 year old aeronautically minded assistant purser, who is a man with his head in the clouds but his feet chained by the bonds of necessity to a ship's deck.

He is in Durban this week in the Union-Castle mailship "Carnarvon Castle", dealing with the affairs of passengers but dreaming between times of the roar of aero engines.

Mike has an "enormous" library of technical books dealing with aircraft, their design and construction, covering machines from the erliest days, and his knowledge of vintage craft would qualify him for a place in any of the big prize quiz shows.

He is an amateur pilot whose interest in airplanes was sparked off when he accompanied his mother as a toddler to air shows at Hendon in England.. This was fostered in later years by the acquisition of model aircraft assembly kits and later by a period of service in the R.A.F.

Although his knowledge of modern aircraft is extremely wide, his knowledge of aircraft of a bygone era is even greater, and any literature or drawings of these vintage machines is bound to be found in his library.

His own flying is done at Shoreham-by-Sea, where he is a member of the local flying club. His flying time has been restricted of late for the weather in Britain has been unkind during his short periods at home. His last attempt to fly was squashed when he found the local airfield populated  by swans and gulls that were swimming about on the runway"