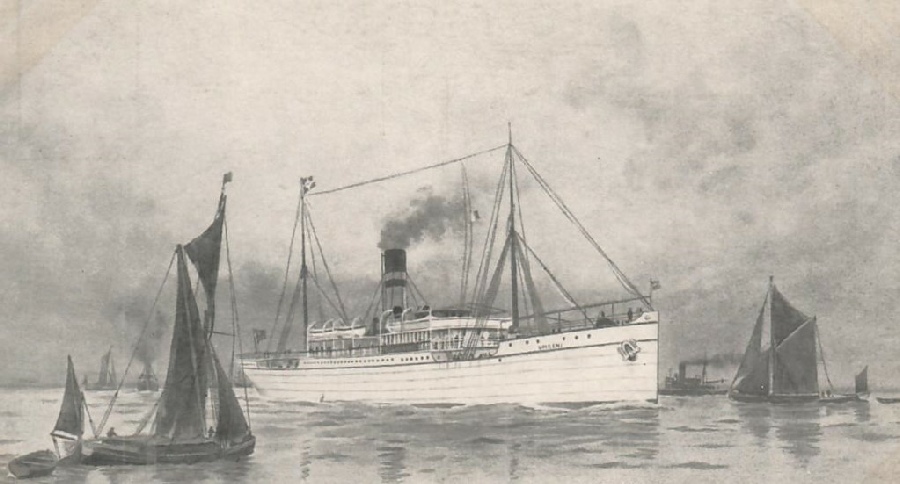 Umgeni had a comparitively uneventful career until January 1914 when suddenly she became one of the most discussed vessels on the water.

There had been labour upheavals on the Rand, culminating in a great strike and the declaration of martial law.

The Union Government, dealing a swift blow, captured the leading agitators and decided on the unprecedented step of deporting them from South Africa. The nine men in question were secretly conveyed to Durban and put on board Umgeni which had been taken over by the Government. The vessel put to sea on January 28th, 1914.

No one knew what was in the wind until outside the three-mile limit the Commander was told what had happened. Umgeni, which did not carry a wireless, was due to call at East London and Port Elizabeth but, instead, she was ordered to proceed direct to London.

A sensational attempt was made in Cape Town to get in touch with Umgeni as she rounded the Cape. Colonel (then Mr) Cresswell chartered the little Magnet, formerly the Robben Island steamer. And with several labour sympathisers put to sea in her. They hoped to meet Umgeni and to intimidate her Commander by pointing out that the methods adopted by the Government were illegal and that by assisting in the deportation he would be storing up trouble for himself. The two vessels never met, the lights of Umgeni were seen in the distance but Magnet could not over haul her and returned to Table Bay. Umgeni duly reached England.

In the meantime the Union Parliament had passed an Act indemnifying the Government in the action it had taken. Messrs Bullard, King and Company were paid, and in addition to the fares of the passengers, the sum of £1000 to compensate them for loss of freight.

The following from 'Dictionary of Disasters at Sea'

At the outbreak of the First World War the Umgeni was taken over by the Admiralty for service as a supply ship.

On November 7th 1917, she left the Clyde in convoy for Lagos.

Two days later the convoy ran into foul weather and became dispersed. The Umgeni was never seen again, but bodies and wreckage from her were washed up along the west coast of Ireland.

Shortly after the outbreak of war Umgeni was taken over by the British Naval Authorities for use as a squadron supply ship and served in this capacity until April 1916, after which she was used mainly as a collier.

In December 1917 she left the Island of Arran bound for Lagos and proceeded in convoy with several other vessels.

When off the west coast of Ireland heavy weather arose; the ships parted company and Umgeni was never seen again. Bodies and wreckage were eventually washed ashore but how the vessel met her end was never established for no one lived to tell the tale. 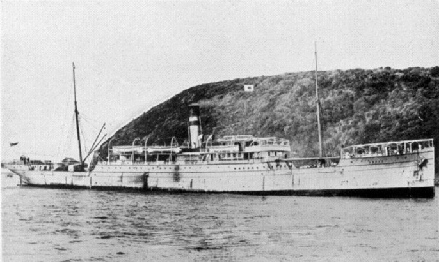