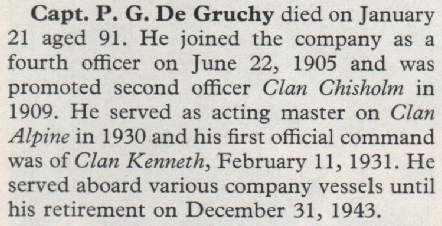 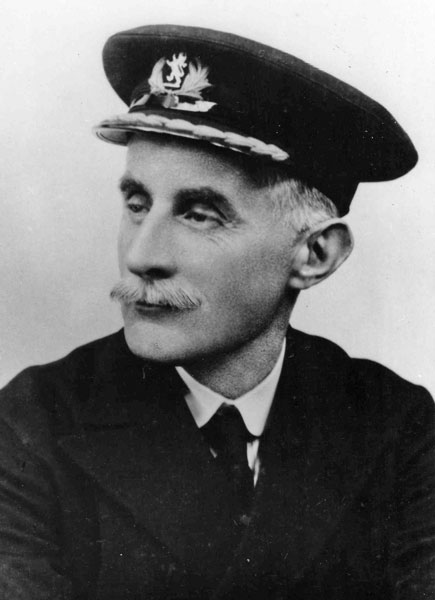 When he was a junior Mate in the early 1900s, his steamer put into a Brazilian port. He was off-duty, wandering around the harbour, when he came across a Jersey vessel stranded by the death of the captain and most of the crew from tropical fever.

He offered to sail her home with a skeleton crew, an offer that was most gladly accepted by the owners` agent, which he succeeded in undertaking, to the relief of the Jersey owners and to the enhancement of his reputation as a seaman.

He served in the Merchant Navy, with Clan Line, throughout both World Wars, retiring to Le Catel. Finding himself childless, he let to his wife`s family, Querée, his farmhouse and land, and retired to a bungalow overlooking the sea, at Rozel Harbour.