Educated at HMS Worcester leaving there in 1949

Served his time in Union-Castle, then did National Service as a 2nd Leut in the REME, a Chartered Surveyor and a past Master of the Waterman and Lightermans Guild; became Chairman of Boots the Chemist and the House of Fraser.

THE patriotism of the Queen Mother has been highlighted in a book just published on the life of Salisbury resident Sir Christopher Benson.

The book, which has been released following the recent outburst over the publication of stills from archival film showing the then Queen and her young daughter Elizabeth (now Queen) giving Nazi salutes, tells how the wartime monarch had a great affinity with Londoners during the Blitz.

Author Eric Stockdale describes how Sir Christopher accompanied the Queen Mother on a visit to the East End after the war.

He says: “The King and Queen had been greatly admired by East Enders during the war for sticking it out in London and sharing the dangers of the bombing with them, rather than running for cover in the country or in one of the Dominions.

“After the King and Queen had been bombed while in Buckingham Palace, Her Majesty famously said that she could ‘now look the East End in the face’.

“Benson saw ample signs of the popularity of The Queen Mother when he accompanies her during her visit. At one point the Royal car was stopped outside a pub by a crowd of friendly elderly locals, some of whom called, ‘Hello, darling’ and ‘Hello Liz.’ “The Queen Mother was clearly pleased. When one of the older men asked, ‘Are you coming in for a drink, luv?’ she was out of the car like a shot. By the time Benson and the alarmed Royal protection officer had got out, she was already in the pub with the door shut behind her.

“They went in to find The Queen Mother with a small pony glass of beer in her hand, enjoying the company of some of her wartime fellow-sufferers.”

A Life of Sir Christopher Benson is published by Oblong Creative Ltd. 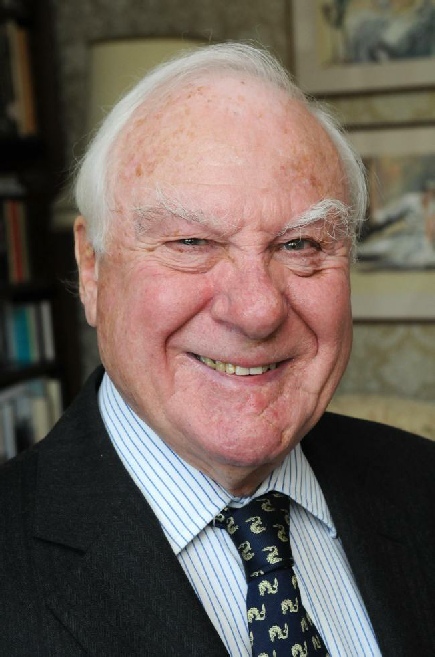