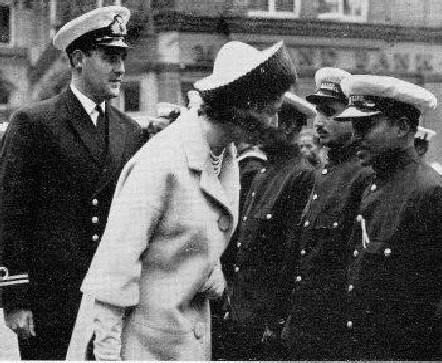 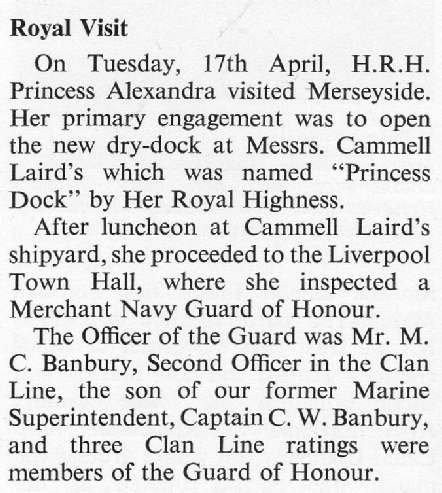 Captain Michael Banbury (H 48-52) RD* RNR FNI died on November 11th, 2021 aged 86. Less than a month before he died Captain Banbury attended the Old Pangbournian reunion event to remember the OP contribution to the Falklands Conflict, which he enjoyed hugely.

“At the Nautical College my father was in Harbinger division and CCC of Port Jackson division. In 1952 he won the Maitland Cup presented by the Orient Steam Navigation company to the best cadet joining the Merchant Navy that year. Leaving school aged 17, he first completed RNR service as a Midshipman in HMS Theseus before joining Clan Line Steamers Ltd in the footsteps of his father.  From 1953-69 he worked his way up on 24 ships to the rank of Chief Officer, and helped to set up the British & Commonwealth Cadet Training Scheme in 1964.  He also enjoyed an interlude with British United Airways piloting a new passenger hovercraft service between Rhyl to Wallasey in 1962.

In 1965 he transferred to the Union Castle Line. Here his final ship was the flagship RMS Windsor Castle where he met his wife-to-be Julia who was working as a junior purser on board. The couple eventually had two children. Throughout his time in the MN, he continued in the RNR with training stints in various RN ships; in 1966, by then an RNR Lieutenant Commander, he had the honour of commanding the minesweeper HMS Invermoriston on her return journey from Singapore to Portsmouth.

Appointed Commander RNR in 1970 after moving to Westminster Dredging, Mike faced new challenges in far-away locations such as the Canadian Western Arctic where he worked the dredger Beaver Mackenzie. In December 1978 he was appointed Captain RNR. Subsequently, he joined the Alexandra Towing Company at Gravesend in 1981. 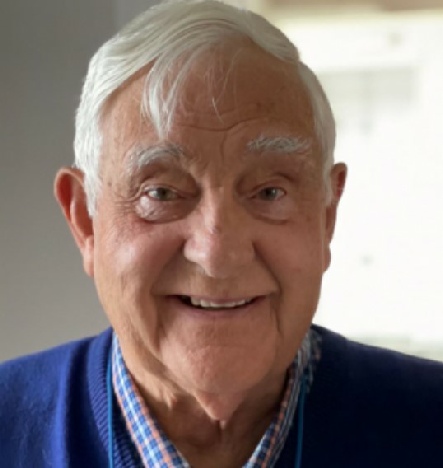 By this time, Mike had two young children and the family settled in Kent.  He became an active member of the British Tugowners Association and was Chairman 1990-92. He retired in 1997 and amongst other retirement interests became President of the Gravesend RNLI and the Gravesend Sea Cadets, whilst continuing as an active member of the Honourable Company of Master Mariners and the Nautical Institute. He and Julia also spent happy times aboard their Dutch cabin cruiser on many European waterways.”