Served apprenticeship with Dent and Co, ship managers and brokers of Newcastle upon Tyne.

1888 started his own firm, Philipps and Co. in Glasgow

1897 He and his brother formed the London Maritime Investment Company

c.1900 Took over the Northern Transport Company, with 3 ships

1901 Started to buy shares in the Royal Mail Steam Packet Co, which was in financial difficulties.

1903 Philipps was chairman of the Royal Mail Steam Packet company. William J. Pirrie of Harland and Wolff offered to build modern tonnage for the company at cost price in return for all repair work and subsequent contracts, beginning a 20 year relationship. 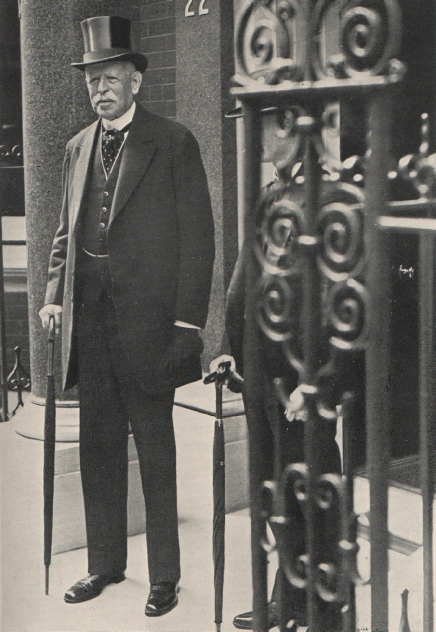 1913 Acquired the Nelson Line. These acquisitions were financed by large debenture issues. The shipping lines retained their separate identities but Philipps and Pirrie began to treat all the associated companies as an integrated Royal Mail Group.

WWI much of the group's tonnage was requisitioned for service as troopships, hospital ships, colliers, and armed merchant cruisers; about 100 ships were lost.

1920s The recession put the group in difficulties, exacerbated by the many cross-shareholdings.

1923 Raised to the peerage as Baron Kylsant

1924 After Pirrie's death, Philipps became chairman of Harland and Wolff and discovered the extent of that company's financial difficulties.

1927 Acquired the White Star Line for the huge price of £7 million, in order to secure prime liner contracts for the Belfast yard.

1929 the Treasury aimed to impose a reconstruction scheme on what was by far the largest group of enterprises in the United Kingdom. Kylsant was forced out the following May.

After an extended holiday in South Africa, Kylsant was arrested and tried and found guilty of issuing a false prospectus for which he received one year's imprisonment.

1937 died at Coomb on 5 June. The barony became extinct on his death.