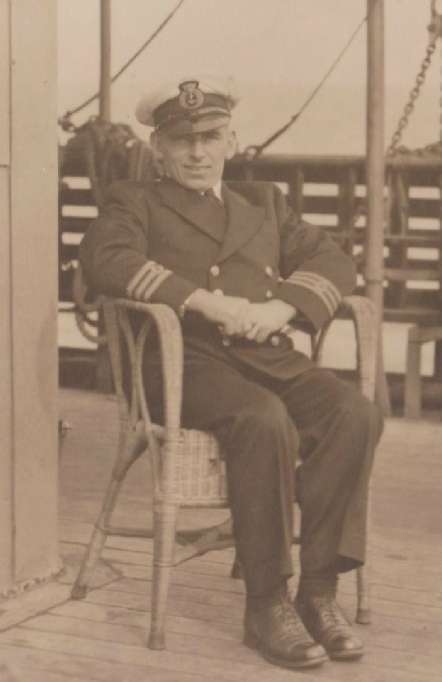 Many thanks for the great site where I have been able to find out more of my great uncle’s time with Union Castle than I could have dreamed of.

From the family stories he was a lovely man and very cheeky.  His wife Mary was my great aunt but really she felt more like a grandma to me.

He was short (in the wedding photos my Great Aunt has bent her knees to try and hide it!)

He told my Dad he was on two ships that went down in the war and on one of them he never even got his feet wet and watched it go down, on the other during a convoy a Russian Sailor gave him a warm jumper to wear and it was one of his most precious possessions.

In WWII he was on many convoys and was awarded the 1939-1945 Star, Atlantic Star, Africa Star, Italy Star and the war medal.  We are proud to still have these in the original box.

My Great Aunt met him on a trip to South Africa – I haven’t been able to work out which one yet but I have some photos of her with a friend on the Braemar Castle in 1957, which would be able the right time but doesn’t show on the service sheet. They married in 1960 and he unfortunately died in 1966 so it was a short lived romance.  She never remarried.

The tales of his escapades include filling his wardrobe with Whisky and beer and few clothes for every trip, taking my father drinking in London in the early 1960s to the point where my Dad feel off his seat and into the pub fire (his shins were scarred for life).  Always bringing a box of oranges home to placate Mary, and I am sure many that were not thought suitable for my delicate ears. 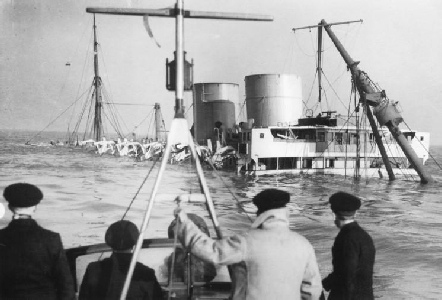 The sinking of the Dunbar Castle.

I don’t know if it is him but the short chap is the right stature.