Andrew completed his pre-sea training as a Cadet, Royal Naval Reserve, aboard HMS Conway, leaving in 1943 to join The Clan Line (subsequently part of The British and Commonwealth Shipping Company) as a Cadet MN.

He was promoted through the ranks to Master (attaining an Extra Masters’ Certificate of Competency) before transferring ashore with the Company to the post of Personnel Manager (Deck Department).

Later he was made a Director of the Union Castle Mail SS Company.

He retired in 1989 and, in 1990, he was appointed Chairman of The Sailors’ Society, a position he held until 2002. Andrew also held office in The Honourable Company of Master Mariners and The Conway Club and he was a member of The Southampton Master Mariners Club.

Robin Plumley Very sorry to hear this news. He was a pivotal member of the company during my  time as a cadet. When I resigned after getting my Second Mates in 1976 to join British Antarctic Survey he suggested I was doing the right thing. I came back seven months later and all the Union-Castle ships had gone!

Murdoch MacInnes I sailed with him when he was relieving Chief Officer on the Clan Angus. Kept in touch with him several years later. I had the utmost respect for him, a kind and good man. 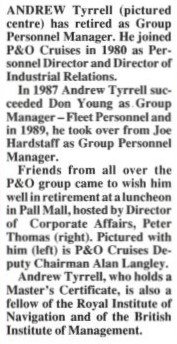 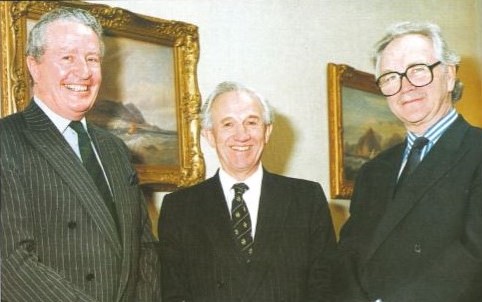