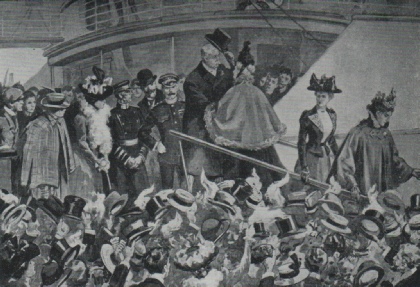 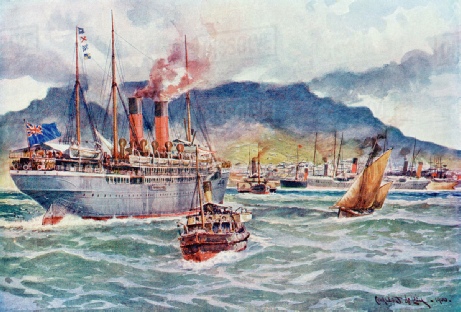 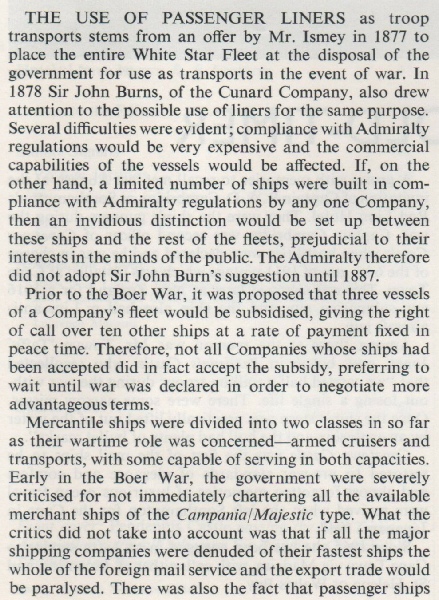 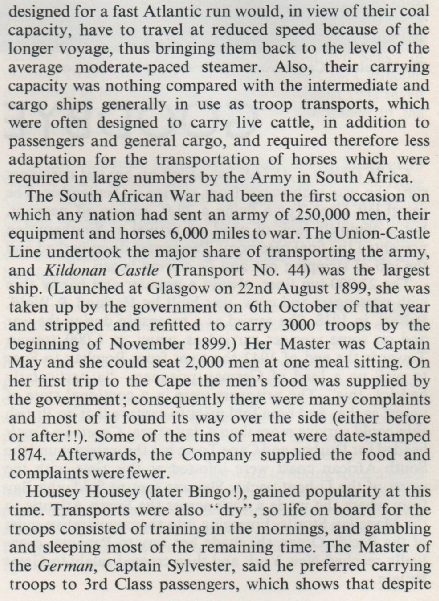 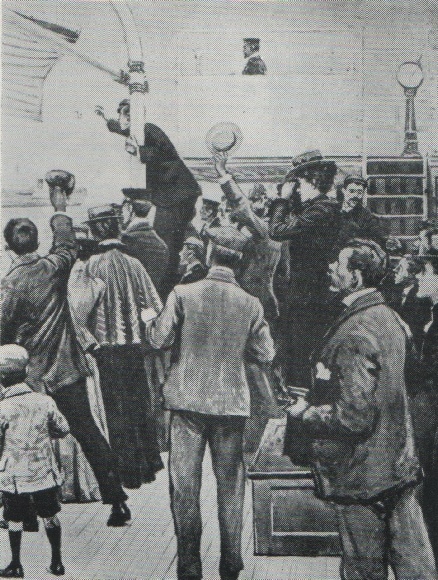 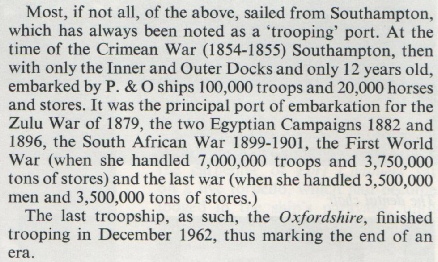 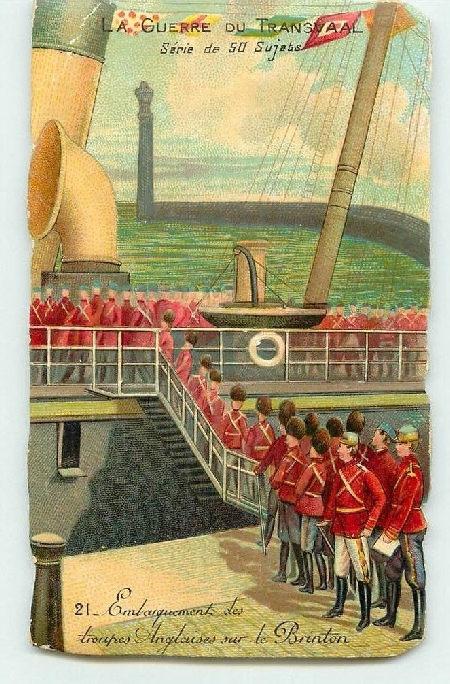 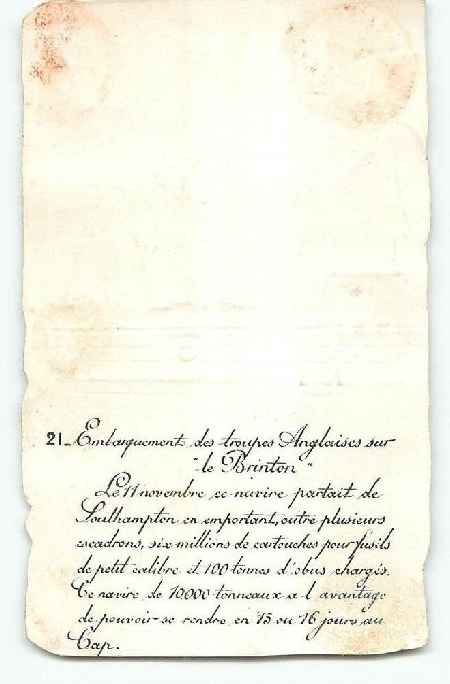 Boarding of English troops on the Briton

On 11 November 1899  this vessel departed Southampton carrying, in addition to several squadrons,

six million cartridges for rifles of small caliber and 100 tonnes of shells. 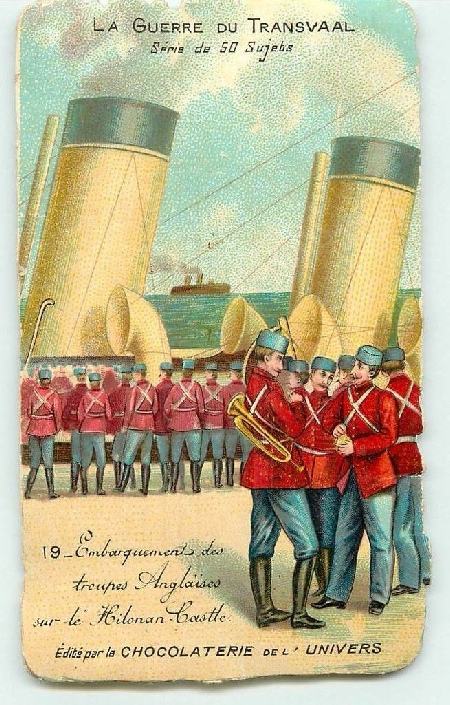 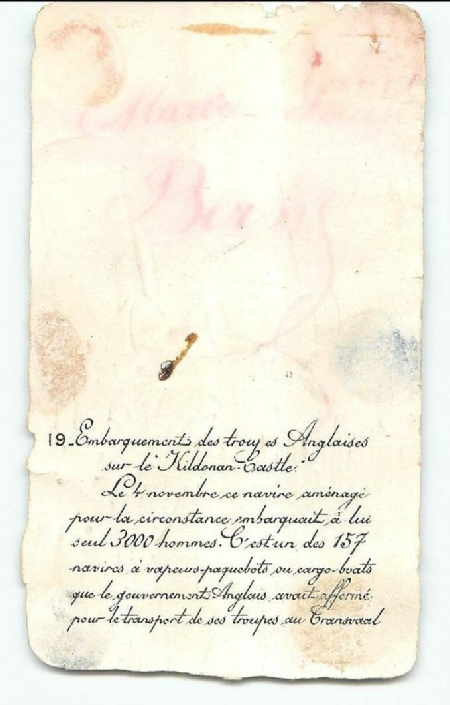 Boarding of English troops on the Kildonan Castle

It is one of the 157 ships, passenger ships or cargo boats that the English government had requisitioned for the transportation of its troops to the Transvaal

Mail Ships as Transports in The South African Wars