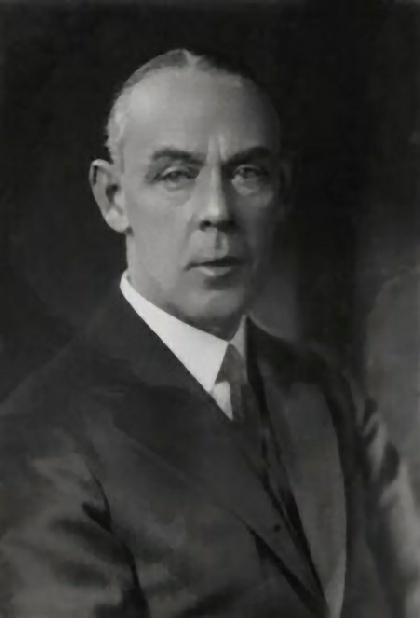 In 1890, aged 14, he was sent to serve on H.M.S. Britannia at Dartmouth and remained in the Royal Navy until 1902.   That year he resigned his commission and joined Cayzer, Irvine & Company's head office in Glasgow where, according to his younger brother, Herbert (Bertie), he took to the business “like a duck to water”.   His knowledge of seamanship, first-hand experience of the challenges faced by officers and crews on long voyages, and thorough understanding of ships’ design and the usefulness of modern technology made him a key member of the family business.   Although he was called back to the Royal Navy upon the outbreak of war in 1914, he was soon given permission to return to civilian life in order to assist his ailing father run Cayzer, Irvine.

Following the death of Sir Charles in 1916, he succeeded him as Chairman and was soon working closely with the newly-appointed Ministry of Shipping now in control of the sailings and routes of merchant vessels.

In 1921 he was created a baronet in his own right as a result of his unflagging service to the war effort.

By 1918, Clan Line had suffered the loss of over half of its fleet so August set about, with determination, the restoration of its pre-war strength placing heavy emphasis, during the 1920s, on the use of new technology when appropriate. Like his father, he had a conservative approach to business coupled with an eye for efficiency and innovation.

In 1904 he married Ina Frances Stancomb of Blount’s Court, Devizes, the daughter of a prominent West Country family and two of their sons, Nicholas and Bernard, would later enter the family business.

Clan Line, between 1939 and 1945, once again suffered severe losses, both of men and ships, and this, coupled with ill health, led to August handing over the running of the Company early in 1943 to his brother, Herbert.

His death followed within weeks.  His knowledge of the sea and of ships had been invaluable to the Company in the critical inter-war years.

Now Herbert's clear grasp of commerce and management would help steer the business in new directions.