Sir Charles William Cayzer 1st Bart., of Gartmore (1843-1916) pioneering ship-owner and Member of Parliament for Barrow-in-Furness, was the son of a schoolmaster and grew up in Poplar close to the bustle of the London Docks. At an early age he went to sea as a master’s clerk having acquired a sound grasp of figures and an ability to express himself, both of which would serve him well in the future. In 1861, aged 18, he obtained a shore job in Bombay working for the British India  Steam Navigation Company's shipping agent there, and during the twelve years of his residence became an authority on ships and their cargoes.

Upon his return to England, by now a married man, he soon learned that neither Liverpool nor Glasgow had a regular shipping service to Bombay; this he determined to develop. His boldness, coupled with an intimate knowledge of the trade, and of the city of Bombay, yielded results, though after considerable challenges, and in 1878 the nascent Cayzer, Irvine & Co. was formed in Glasgow. Two years later he won the confidence and backing of John Muir, a successful India merchant, and other of his wealthy colleagues in the city which enabled him to add to his small fleet of cargo vessels. By the later 1880s he had become a significant force in the trade between Britain and India leading him to expand his business, both within the Indian sub-continent and beyond. His practical knowledge of mercantile shipping won him great respect while his ships’ captains and their crews served him loyally, knowing that both their welfare and the quality of the vessels they sailed in was of paramount importance to him.

By the 1890s he had become part of the Scottish Establishment, a county councillor in Dunbartonshire and, in 1892, the Member of Parliament for the English shipbuilding constituency of Barrow-in-Furness. He and his wife, Agnes, served its people well and he remained their representative until his defeat in the 1906 General Election. In 1897, the year of the Queen’s Jubilee, he was knighted and in 1904 he was created a baronet, incorporating the name of the Scottish estate he had recently acquired from the Cunningham-Graham family, Gartmore, into his title.

Two of his daughters married Royal Naval officers who as Admiral Sir John Jellicoe and Admiral Sir Charles Madden, became household names during the 1914-1918 War. Indeed, Sir Charles found himself referred to as “the father-in-law of the British Navy”.

Following his death he was succeeded as Chairman of his companies first by his son, August, and after his death in 1943 by another son, Herbert.

Four generations of Charles Cayzers: Sir Charles Cayzer, 1st Baronet, holding his grandson. Opposite, his father and standing his son the 2nd Baronet. 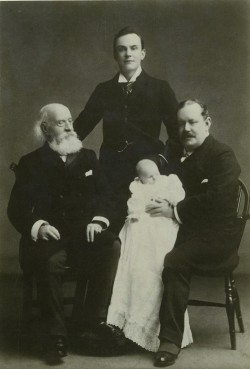 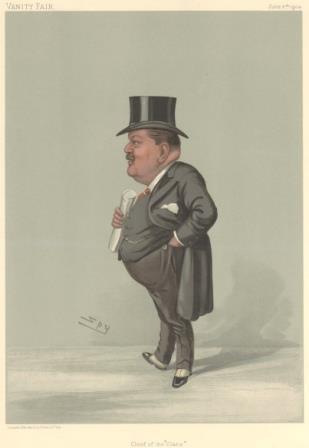 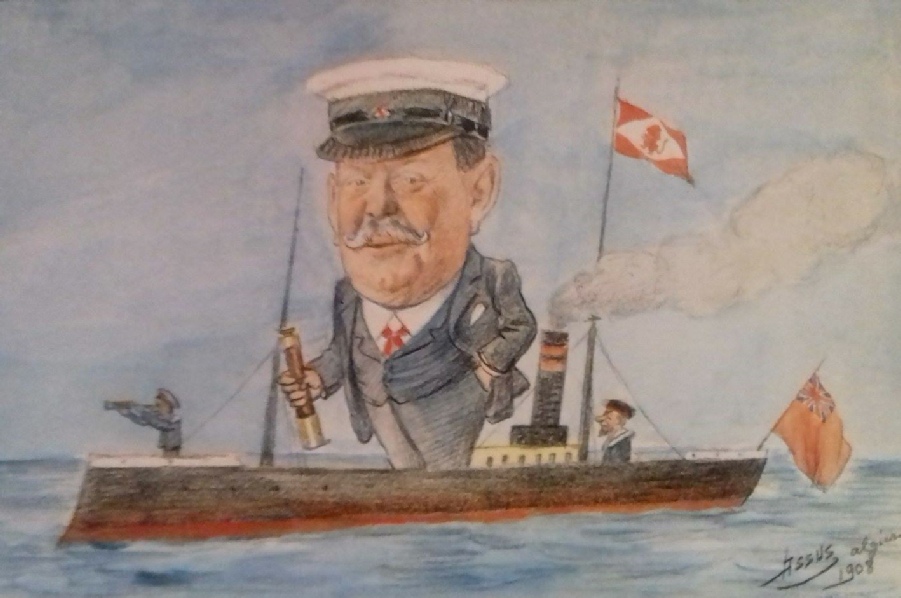 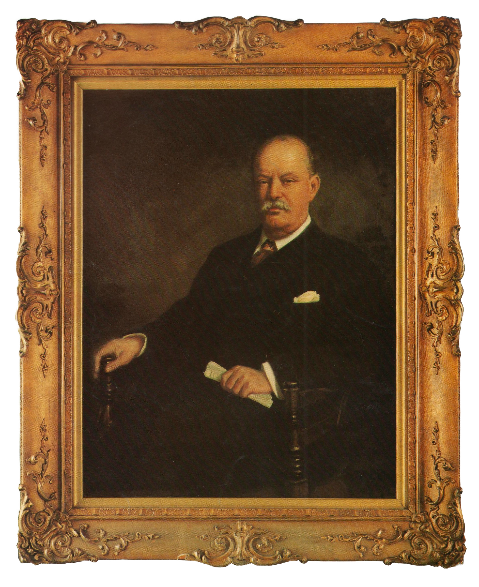 Founder of the Clan Line