IAIN Crawford, who has died aged 89, was a prolific journalist, author, dramatist and also made his mark as the first publicity director for the Edinburgh International Festival.

He was born in Inverness but brought up in Glasgow and educated at Jordanhill College. In 1939, aged 17, he signed up for the Merchant Navy, serving on Clan Line ships Ross, Berwickshire, and Macnaughton. All three were torpedoed and when Clan Macnaughton sank in transit from Sierra Leone to the US in August 1942, he and a handful of survivors spent ten days in an open boat, rowing 560 miles across the Atlantic Ocean to reach Trinidad.

He then volunteered to work in the dangerous tug rescue service and was twice mentioned in despatches for bravery during his time as a RNVR officer, for repeatedly diving into the sea to rescue drowning personnel from sinking ships. 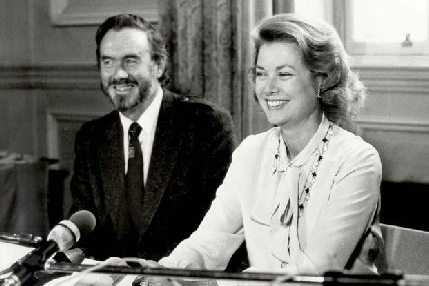 He became first lieutenant of HMS Mindful, running the gauntlet between Gibraltar and North Africa on countless missions and also took part in the allied invasions of Sicily, Italy, southern France and Yugoslavia and entered Venice on the last day of the war in Europe on May 8, 1945. He remained in Venice for some time, helping to clear mines in the Venetian lagoon and acting as a liaison officer for both the French and Italians.

After the war he embarked on a hugely productive career in journalism. He started with Edinburgh’s Evening Dispatch and the Scottish Daily Express, then went on to work for the Sunday Express, the Evening Standard in London, the Western Mail, Golf World, Sportsworld, Scottish Business Insider, World Medicine and Scottish Medicine.

He was also for a time restaurant critic to The Tatler, a contributor on wine and travel to Ideal Home, Departures and Scottish Field as well as other magazines and TV programmes in the USA, Denmark, Italy and France. He created several TV news and comment programmes such as Around the Headlines, Mistrust, Saturday Night, Free House and many others. Early days also saw him contributing short stories for DC Thomson’s stable of comics and annuals.

He was the author of 24 books. His first, The Burning Sea, drew on his naval experiences and was first published in 1959 and sold more than 300,000 copies. His last book, published in 2008, was an epic poem encapsulating and reminiscing on his time at sea so many years before.

He wrote a five-volume set of golf books, four books on wine, three novels, theatre and radio plays and numerous historical and factual titles including The Profumo Affair and Held In Trust, a book which tells the story of the many and varied properties of the National Trust for Scotland that also became an eight-part television series for Channel 4.

He was not only a talented television anchor man and journalist, but also a creative and passionate PR expert, working as publicity manager for the BBC in Scotland for four years and short terms with Scottish Ballet and Glyndebourne Opera, where he was invited to stage a production of Cimarosa’s opera Il Matrimonio Segreto. There were also numerous radio broadcasts and drama scripts and plays for The Citizens’ Theatre in Glasgow and Dundee Rep.

In 1964, not content with writing countless column inches, he also stood unsuccessfully as Liberal candidate for Stroud in Gloucestershire. But undoubtedly his greatest love was the Edinburgh International Festival.

Not only did he report on the festival’s first year, 1947, he also appeared as Banquo in a performance of Mabeth at the fledgling Fringe. He attended every festival from 1947–2010 and his last public performance was in 2006, at the invitation of his good friend Richard Demarco, when he and two colleagues narrated his epic poem The Long Angry Search for Peace at four performances at the Roxy Art House. He was the oldest Fringe performer that year, with a gap of 59 years between productions.

His most treasured job came along in 1973 when the Festival Society created a publicity department and appointed Mr Crawford as the festival’s first publicity director. It was a post he held for nine years, working with festival directors Peter Diamand and John Drummond. In 197 he secured the only press conference with Princess Grace of Monaco, when she came to Edinburgh to perform for the first time since she had ceased being Grace Kelly. In the third week of the festival she gave three performances of An American Heritage, a prose and poetry programme, in St Cecilia’s Hall in the Cowgate.

He was also instrumental in securing the major BP sponsorship deal for the still talked-about 1977 production of Carmen with the London Symphony Orchestra, conducted by Claudio Abbado with Teresa Breganza, Placido Domingo and Mirella Freni in the title roles at Edinburgh’s King’s Theatre. His book Banquo on Thursdays: the inside story of 50 years of the Edinburgh Festival was published in 1997 is a rich resource of observations and reminiscences.

As a wine connoisseur and keen golfer, he travelled the world in search of locations for holiday columns and golf articles; he played rugby for Bordeaux and trialled for the Scottish rugby team; was a film, theatre and music critic and a raconteurbut Alzheimer’s finally took its toll.

He was married three times. In 1945 he married Maya Querini in Venice and had two children, Michael and Francesca. Following their divorce, in 1960 he married the actress Norah Laidlaw and they had two sons, Douglas and Neil. Both Maya and Norah have passed away. In 1985 Iain married Kathy Hay, a publishing manager and widow from Edinburgh, with her own children Peta, Michael and Mathew.

Iain Crawford leaves behind Kathy, his wife of 25 years, a family of four children, three step-children, 13 grandchildren and a great-grand-child plus countless friends and colleagues who will miss him greatly.