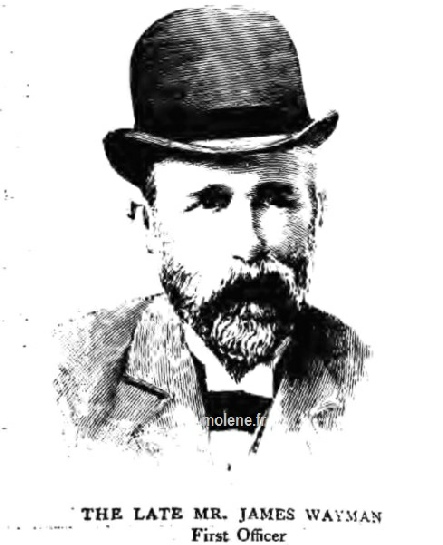 Mr Wayman was 1st Officer of Drummond Castle when she was lost.

A native of Glasgow, Scotland, had been married about five years in Bournemouth, where his wife and family resided, serving with Sir Donald Currie all his career

The family lived in Talbotville, Bournemouth.

Well known and highly respected in Bournemouth, after ordering on board the Garth Castle and the Limore Castle, he was supposed to order one of the new ships under construction for the company.

The company Castle Line had recently informed Mrs. Wayman that Drummond Castle had been delayed for two days due to the pressure of business in Cape Town.

According to a letter received on Wednesday, June 10, she expected her husband to be home Saturday, June 20, the ship being scheduled to arrive in London no later than that day.