Criminal Court of Magistrates of Judicial Police for the Island of Malta.

REPORT of the Magistrate, G. B. MIFSUD, L.L.D., sitting with the nautical assessors MICHAEL DE MARIA and GEORGE FURNEAUX, British master mariners, in the case of the stranding of the British s.s. "CLAN URQUHART." off St. George's shoal, Malta.

The s.s. "Clan Urquhart," official number 111219, Glasgow, of the registered tonnage gross 5854. James Alexander McPherson, master, was on a voyage from Bombay to Liverpool with full cargo on the 27th June, 1905. She was off Malta Harbour since midnight awaiting daylight to enter that harbour for the purpose of coaling. At 1.50 a.m. cross bearings of the two lights, Delimara and St. Elmo, were taken by the master, and the ship was consequently put N. 69 1/2 W. true, four miles away from land. When on that course the ship was enveloped by a dense fog which. however, at 2.45 a.m. allowed to make out the St. Elmo light S. 10" W. The ship then stopped and made to bear S. 41 W. true. All the time that the fog prevailed the fog signals were kept going and leads made use of on both sides, these always showing no bottom at 10 fathoms. At 3.05 a.m. when the ship was with engines stopped, the local pilot, John Cutajar, was taken on board. He had reached the ship after over 1 hour's time, rowing with his four men guided by the ship's fog signal in the fog, and, as he had before been 3 1/2 miles E.S.E. away from Ricasoli Point, on boarding the ship gave the master to understand that the ship was safe away from land and could be safely taken further in. When at 3.15 the ship's engines were put slowly ahead, there loomed in the fog the glimmer of a light set up by an Italian sailing boat whose crew called out "Keep to your right, you take the land." Only the first part of the cry was understood and the ship's helm was put to port to clear the vessel and the engines stopped.

When the ship had yet way on she struck forward on a rock at a spot where the lead gave a five-fathom bottom. The engines were immediately reversed, and though the forepeak ballast tank filled immediately the ship was turned N. and then safely, when the fog lifted, taken into harbour. Proper bearings were taken, the proper course followed, and the due precautions of fog-signalling, stopping and easing the engines observed. The master was led to believe by the local pilot to be further from land than he actually was, and that is why, after clearing away from an Italian sailing vessel in the fog, his ship with engines stopped but yet with a slight way on grazed the five-fathom edge of Mercanti Rock, off St. Julian's Bay, Malta. In the opinion of the nautical assessors the master of the "Clan Urquhart" is not to blame for the casualty and the Court thereupon acquitted him.

At 1.50 a.m. a cross-bearing was taken by the Delimara and St. Elmo lights whereby a due course N. 72° 30' W. was steered. Then a thick fog set in when, however, at 2.4.5 a.m. the St. Elmo light was found bearing S. 10 W. That light was again lost sight of on account of the dense fog and the ship was stopped dodging until a local pilot was shipped at 3.05 a.m. This pilot advised the master that he could safely get closer in and, on the strength of that assurance, the engines were slowed ahead only to be stopped a few minutes after as the gloom of a sailing craft ahead was made out. They were hailed by that craft to port the helm, which was done, and on starboarding the ship slightly struck the bottom. The engines were immediately reversed. The leads were in use, and a proper look-out kept during the prevalence of the fog.

The captain might during the fog have kept his vessel not so much inshore and should not have trusted the pilot as to the supposed distance he was from the harbour, but his course N. 72° 30' W., when cross-bearings had been taken 4 miles away from land, was a safe one; and then when St. Elmo's light at 2.45 bore S. 10 W. his dodging about was regular, and the lead showed no danger nor the proximity of the land.

He miscalculated the distance covered in dodging, which brought him unwaringly too much inshore; and that miscalculation, increased by the pilot's error as to the spot the steamer actually was, led to the accident; but these are pardonable miscalculations which will make the captain more wary in future, but which we do not consider to involve any neglect or blame on the part of the master of the "Clan Urquhart."

Read in open Court and sworn to by the assessors. 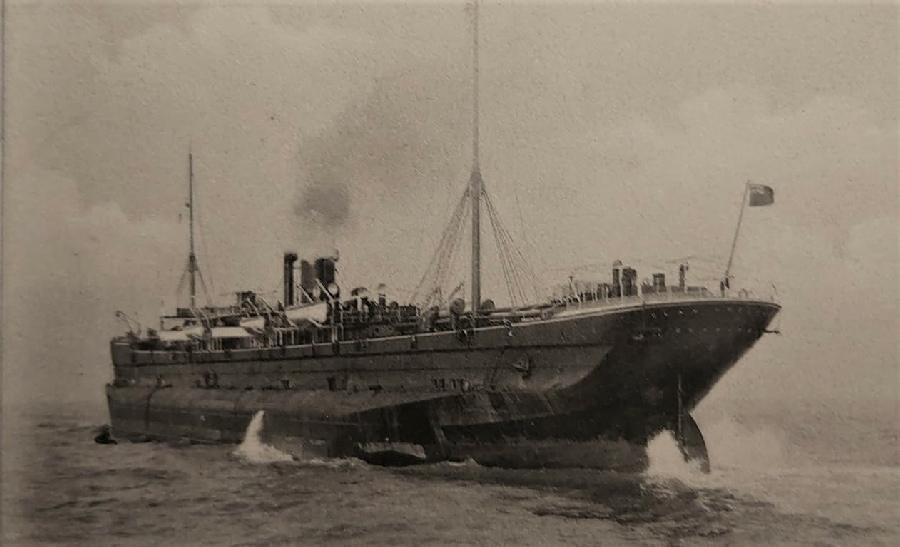 1933: Sold to Stettiner Odenwerke A. G., Stettin for demolition. 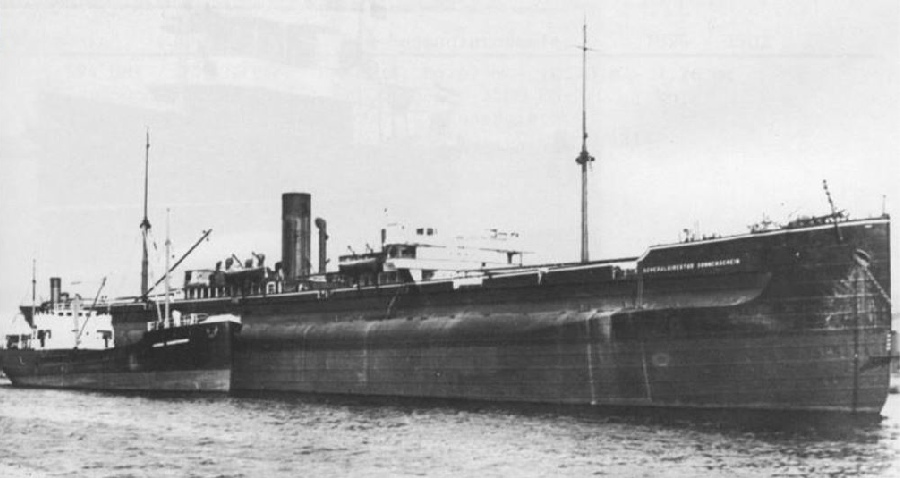 In August 2008 a turret ship wreck was discovered just N of Schiermonnikoog Is & divers recovered the ship's bell of CLAN URQUHART.