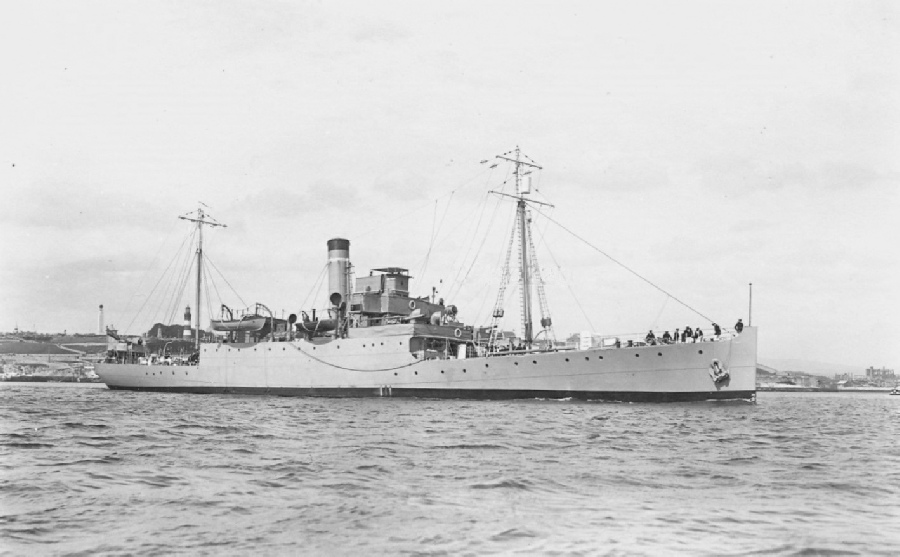 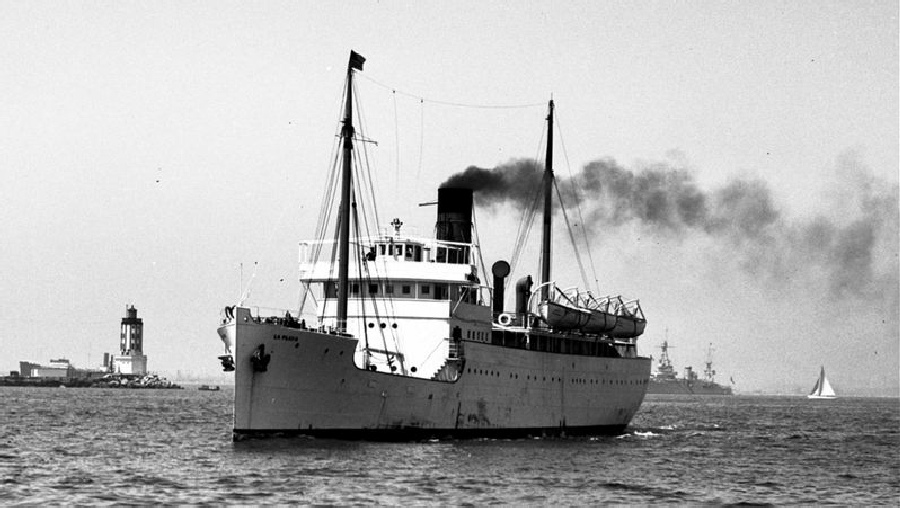 Built in Scotland in 1917, the 1,290-ton HMS Mistletoe had been disguised during the war to resemble an innocent-looking merchant vessel, with its big guns and depth charge launchers hidden behind movable wooden baffles to deceive the enemy into believing it was not a Royal Navy warship.

This ruse proved successful, and during assignments escorting Allied convoys from the U.S. to Great Britain, the Mistletoe was credited with sinking two German submarines and heavily damaging two others.

At war’s end, the ship was declared surplus and joined the commercial maritime world, carrying passengers, assorted cargo and fresh fruit from Central America to Mexico and the United States for a half-dozen shipping lines under a succession of names that included Chiapas and the city of Panama before launching a new career in the early 1930s as a gambling ship off the coast of Ensenada.

That didn’t last long because of an obscure U.S. law that prohibited water taxis, which carried gamblers from San Diego to the ship moored off Ensenada, from running gaming operations between two sovereign nations.

So in late 1937, the seagoing nomad set sail for the Orange County coast, where it was given yet another name, the Star of Hollywood, and set up shop as a floating casino and nightclub three miles off Newport Beach (three miles being the minimum distance required by U.S. law to legally operate games of chance on the high seas).

Once the ship had been fitted out with slot machines, roulette wheels, blackjack and poker tables, and its spartan cabins turned into luxurious staterooms where prostitutes were known to ply their trade, the Star of Hollywood began hosting gamblers and fun-seekers who were transported to the dazzling offshore pleasure palace via water taxis operating from the Newport Pier.

Handbills and guest cards promoting the ship offered “An Evening of Dining, Dancing and Thrilling Games of Chance” and a “bookie room,” where bets could be placed on horse races across the country by short-wave radios.

Visitors also were offered dancing and free meals as further inducements, according to Paul Wormser, library director at Corona del Mar’s Sherman Gardens and Library and a historian who specializes in Southwestern culture.

Back then, gambling also was “pretty rampant in both Balboa and and Newport. Balboa on Main Street, and over to the street that the ferry landing is on, had all kinds of gambling rooms,” according to comments for a 1960 Newport Beach Police Department oral history project given by retired Capt Harry Lace, who served on the force from 1928 through 1952. “They had roulette wheels, card games and what have you. Anybody could lay a bet on whatever they wanted.”

Jim Fournier, author of the 1996 book “Tales of Balboa: Rogues, Rascals, Gamblers and Gambols,” wrote, “During the ’20s, ’30s and ’40s, wide-open gambling was commonplace in Balboa. In fact, many believed that taxes levied by the city on illegal gambling operations kept the city of Newport Beach out of bankruptcy during the Depression. All the games were fixed in one way or another, and the slot machines had shims placed in their gears so they would not stop at the jackpot.”

As for the Star of Hollywood, its profits were apparently not as lucrative as expected, the Orange County sheriff and district attorney were making threats to shut down Newport Beach’s “gambling dens,” and after operating less than four months off Newport, the Star hoisted anchor and sailed north to the waters off Los Angeles County, its owners hopeful for a better reception and larger receipts, according to Wormser and articles published in late 1937 in the weekly Newport & Balboa News-Times.

Moored initially off Long Beach, and then San Pedro, the Star of Hollywood finally ended up off Santa Monica, where it joined other gambling boats, such as the Rex, Tango, Lux, Monte Carlo, Reno and Johanna Smith. And it underwent another name change, to the Star of Scotland.

But soon, law enforcement authorities in L.A. County, like their brethren in San Diego, cracked down on the gambling ships, this time alleging that many were run by Las Vegas mobsters. Following demands issued by the sheriff, the Los Angeles and Santa Monica chiefs of police, and California Attorney General Earl Warren, who went on to become governor and chief justice of the U.S. Supreme Court, the Star of Scotland and the other ships eventually closed their operations. By 1939, gambling had vanished from the waters off Southern California.

The Star then began yet another career, as a fishing and party boat off Santa Monica.

But at 4:30 a.m. on Jan. 23, 1942, the former Royal Navy minesweeper and Newport Beach gambling ship sprang a leak during a violent storm and sank in two minutes about two miles off the Santa Monica Pier, taking one of its five security guards to his death on its final plunge.

Today the ship, which lies in 70 feet of water, bore at least a half-dozen names during its 25 years at sea and was best known for its “dice, drinks and dolls,” is one of the country’s “premier diving sites,” according to California Diver magazine.