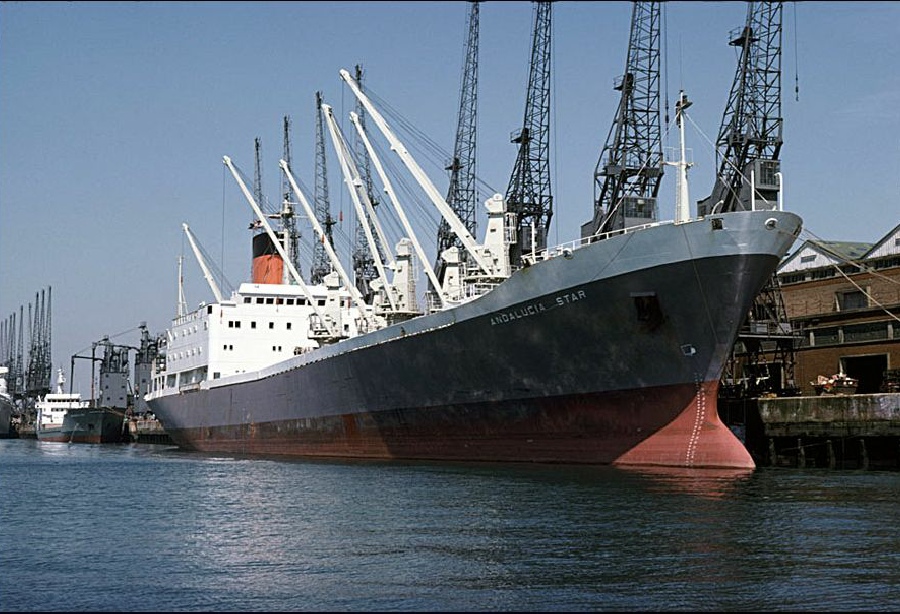 Andalucia Star was time-chartered to Union-Castle Line, painted and converted into a mailship on the South Africa / Southampton run in the late 1970's.

While (it was said) the powers-that-be at Blue Star at the time were happy for Union-Castle to paint her, they would not allow a name change, so she was one of very few Union-Castle coloured ships not to bear a Castle name.

She was chartered over other general cargo ships because her speed was sufficient to enable her to maintain the punishing mailship schedule.

That was at the time that the Union-Castle mailships were being phased out with the advent of containerization.

During her time charter to Union-Castle she continued to be crewed by Blue Star Line. 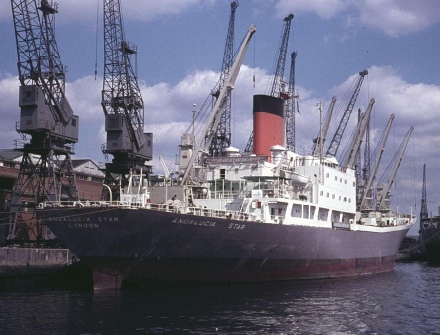 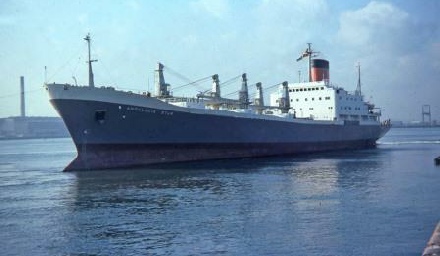 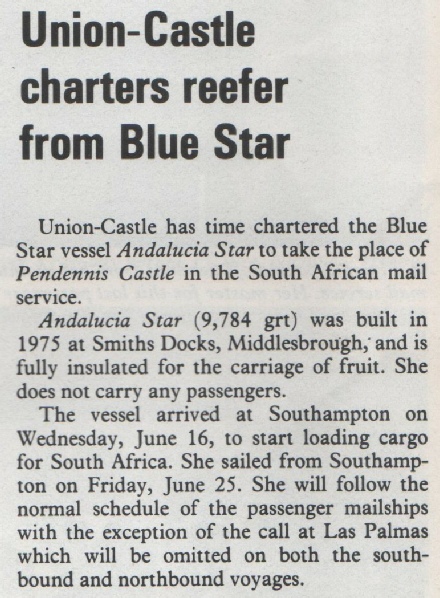 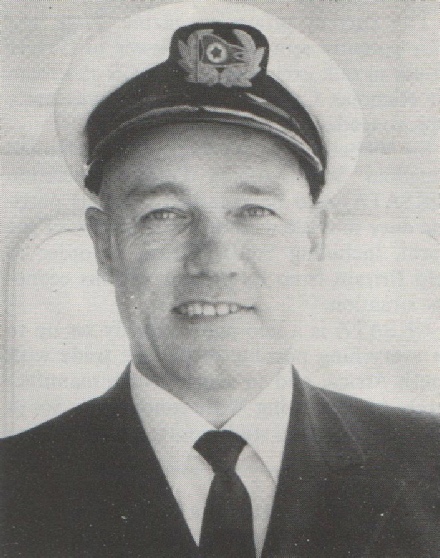