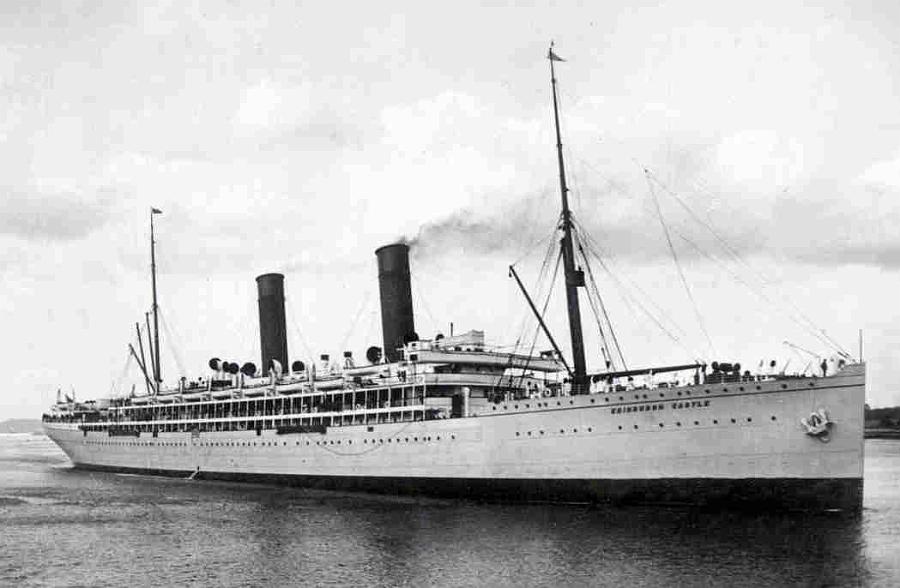 On 14th August 1914 sailed from Cape Town with mail and government only passengers to Gibraltar where she embarked troops before being escorted to England by HMS Minerva.

She was then taken over as an auxiliary cruiser for the South Atlantic patrol and in January 1915 sailed from Devonport for South Africa with White Star's Ceramic to hunt for the German ships Karlsruhe and Kronprins Wilhelm.

In 1918 served in the North Atlantic on convoy work.

She resumed commercial operations in 1919 after a refit and during that year carried General Smuts back to South Africa.