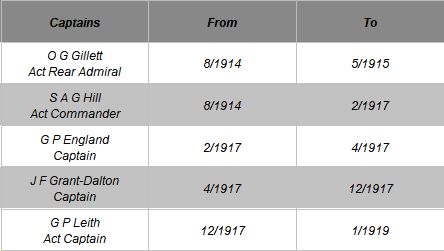 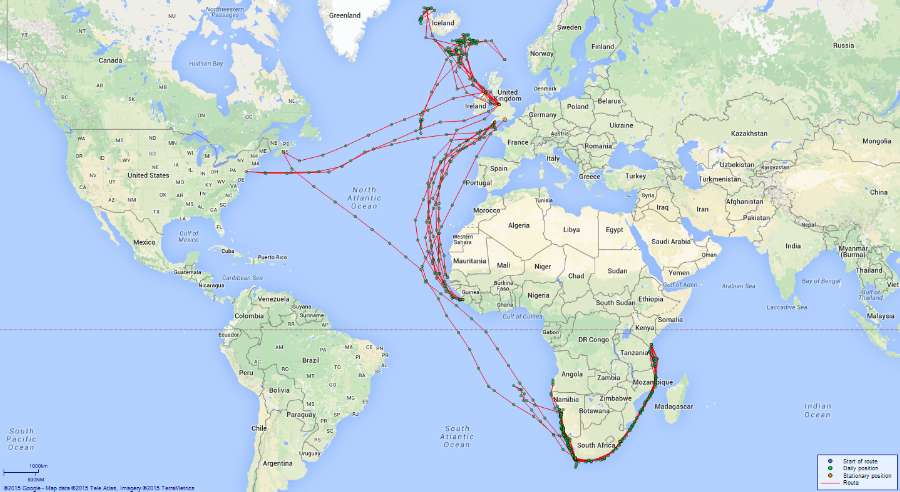 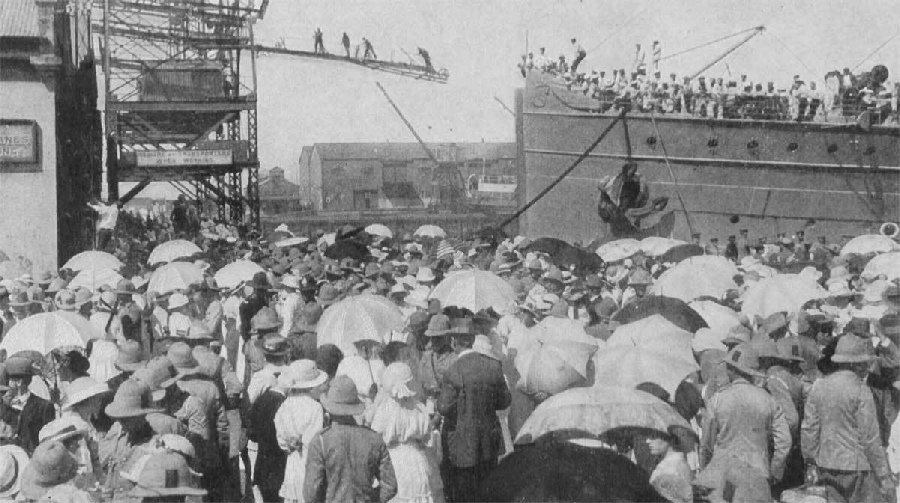 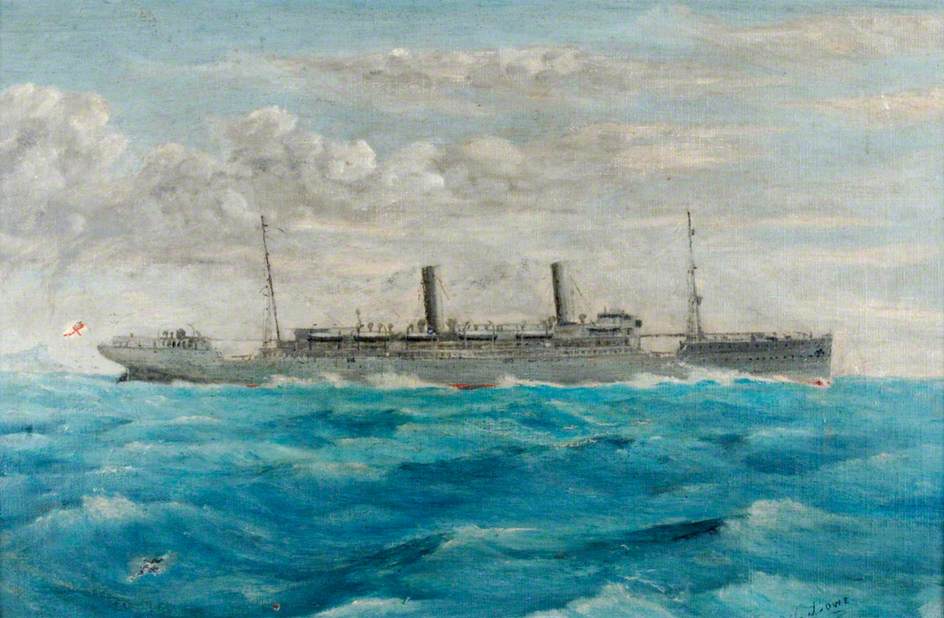 Commisioned on August 7 she was soon fitted with eight 4.7 inch guns and her naval crew installed. On August 11 she left Southampton under sealed orders. Her destination proved to be South Africa and on September 6 she reached Simonstown where she joined the Cape Station.

Intended primarily for the protection of shipping against German raiders, HMS Armadale Castle was soon fulfilling an offensive role, for on September 14 shells from her guns destroyed the wireless station at Swakopmund, while a few days later Cape Cross was bombarded.

Throughout the campaign against German South West Africa she was almost continuously employed as a convoy cruiser, carrying many distinguished military passengers.

In February 1915 General Botha and Staff landed from her at Walvis Bay, while a few months later, after the surrender of German forces, Lord Buxton, the Governor General, travelled in her en route to Windhuk, the capital of South West Africa.

Coast patrol work off the Cape was carried out until well on in 1915, when, troop fittings having been placed on board, she was employed in patrol work, trooping and blockading, in connection with the second offensive against German East Africa (now Tanzania), which had just commenced.

Most of her time was now spent between Durban, Dar-es-Salaam and Mombasa. By July 1916 the whole of the East African coast line being in possession of the British, Armadale Castle was ordered back to Simonstown.

On September 20 1916 she left the naval station for Cape Town where £7m in gold and specie were shipped for conveyance north to an unknown destination.

On subsequent orders she proceeded via St Vincent to Halifax which was reached on October 10. Her safe arrival in Nova Scotia caused a certain amout of relief as the first German submarine had just crossed the Atlantic and was on the lookout for Allied shipping off the American coast.

From Halifax she escorted a convoy of 16,000 Canadian troops across to a rendezvous north-west of Ireland, where the transports were handed over to a flotilla of destroyers.

Armadale Castle then proceeded to Liverpool and after being overhauled she joined the 10 Cruiser Squadron in January 1917. Until the following September she was engaged in blockade work between the Shetlands and Norway.

During the last year of the War she was engaged in convoy work once more, acting as escort on the North and South American routes and between England and Sierra Leone.

After the Armistice she was sent back to her builders on the Clyde for reconditioning and it was not until September 1919 the she re-entered the mail service. 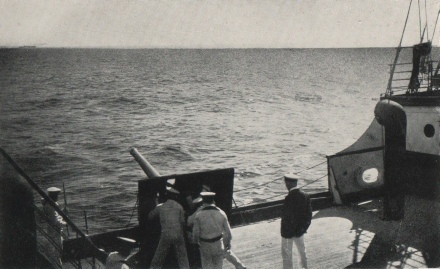 One of her 4.7 inch guns mounted on the forward well deck 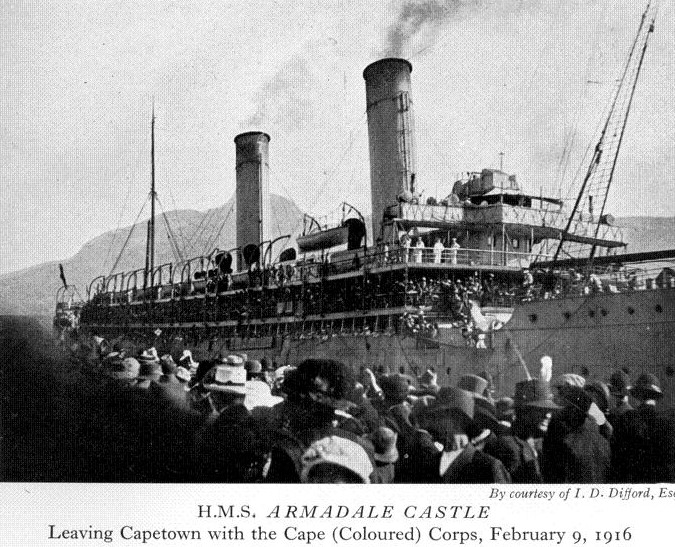 The Voyages of HMS Armadale Castle