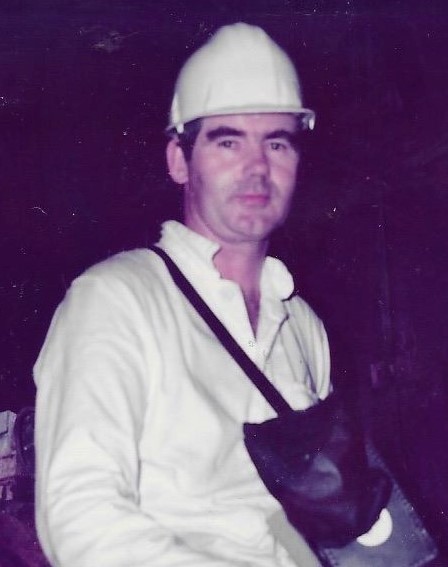 So sorry to hear this. Sailed with him on Scottish Eagle. Cammie was a true gentleman.

During my time as Tech manager, UC, in Southampton, Cameron was Assistant to Captain Hodson, Marine Superintendent.Cam was a very good colleague and it was a case of “oil and water” mixing very successfully!I also enjoyed recalling memories at the Reunions. Sadly now missed.

So sorry to hear of his passing, such a nice guy. Also met about 15 years ago whilst working as a Southampton Law firm as their Marine expert.

Really sad news. Cammie was a great guy and good shipmate. Sailed with him many times as Chief Officer on Scottish tankers and Master on several reefers. Was with him when he retired from LMS leaving m.v. Uranus in Hong Kong January 10th 1993. RIP Cameron

I knew Cammie well as we sailed together on Southampton Castle for about a year in 70/71. We used to meet annually at the Southampton Reunions and always spent time swinging the lamp. A softly spoken gentleman with a lovely sense of humour.  Greatly respected by all his shipmates

I sailed with him on a memorable West Coast UK Coastal on the ‘Clan Graham’ in 1975 and on the final voyage of the ‘Everett F Wells’ (along with Stuart Wainright`) before the hand over in Lisbon which ended CI involvement with the vessel.

I will never forget the story he told during a late night gathering in his cabin in Manchester in 1975. Following an accusation by a 3rd Engineer present he produced from a draw a Certificate which declared him to be ‘Sane and of Sound Mind’ .

He then recounted how he had been a 3rd Mate with Hogarths and had arrived home in Glasgow after a 10 month trip. He was summoned to report to the Office to be told he was being sent to Dover to go by launch to join a ‘Hungry Hogarth’ Tanker in the channel. Whilst trying to get out of it he was told it was only a 6 week voyage to the Caribbean and back and he was replacing the 2nd Mate who had broken his leg during discharge in Dunkirk.

He accepted the promotion but it was 18 months later before the vessel returned to Dunkirk. On arrival he was not on the list of those due relief and was told he had to remain until he had completed his 2 year sign on period.  He told the Master that he had to be relieved as he was going mad on this Tanker.  He was sent to a doctor in Dunkirk and the Certificate was the result. 6 months later he got relieved and the Master told him he thought he would be best leaving “Hogarths”.  So began his time with Clan Line, Union Castle and Cayzer Irvine.

Definitely one of life’s characters and a really nice person. So sorry to hear of his passing.