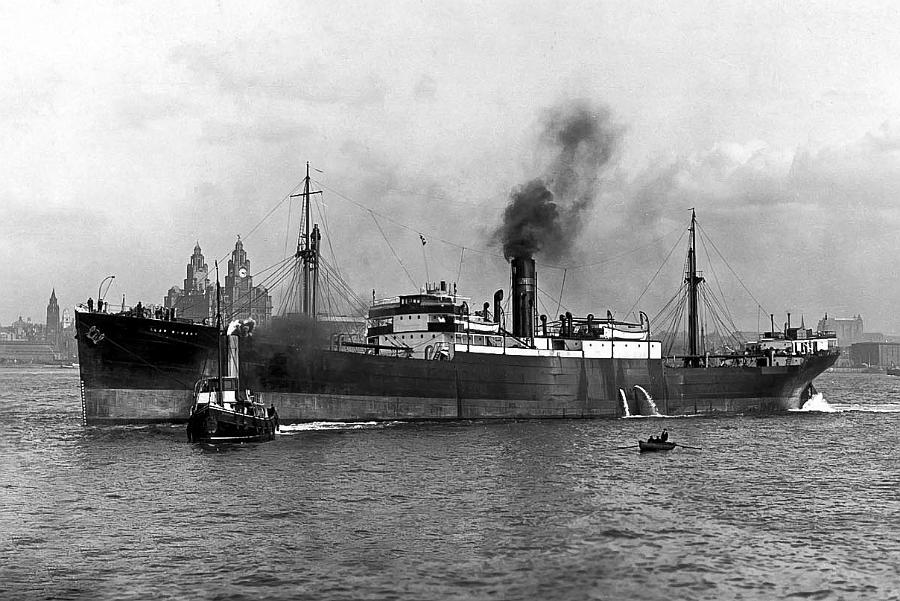 On the 11th March 1940 she was sunk in collision with ORLOCK HEAD about 18 miles SE of Start Point when on passage from the Tyne for Beira. 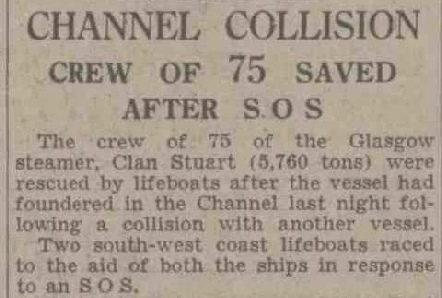 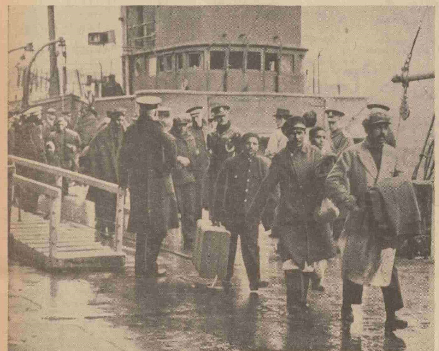 Sunk after Collision in The English Channel - 1940 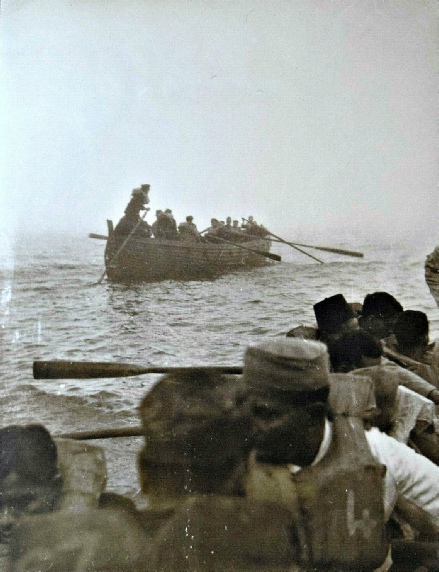 Lifeboats, loaded with survivors, pull away from the sinking Clan Stuart after collision with another vessel.

The crew were in the boats for about four hours before being rescued by a French trawler. They were landed at a Western Port 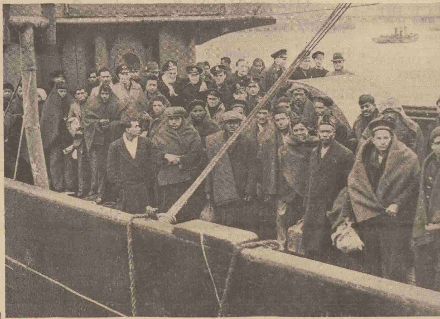 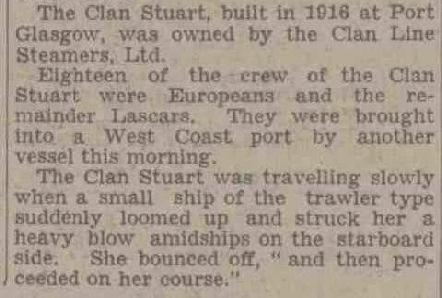