It was armed with just one recently installed gun.

The Captain & the 3rd officer, A. G. Macpherson, were 'blown off the bridge by the force of the explosion'.

The Captain recovered somewhat, stopped the engines, went below to destroy the code books & was never seen again. Macpherson was taken aboard UC 55, & taken to Germany as a prisoner and possibly  the 3rd Engineer as well.

64 persons died - nearly all on those on board.

Torpedoed and Sunk near Fastnet - 1917 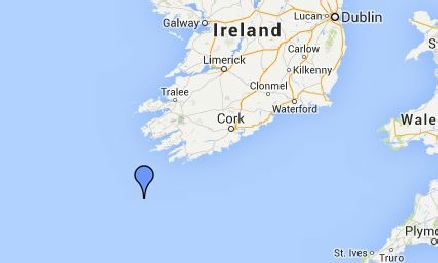