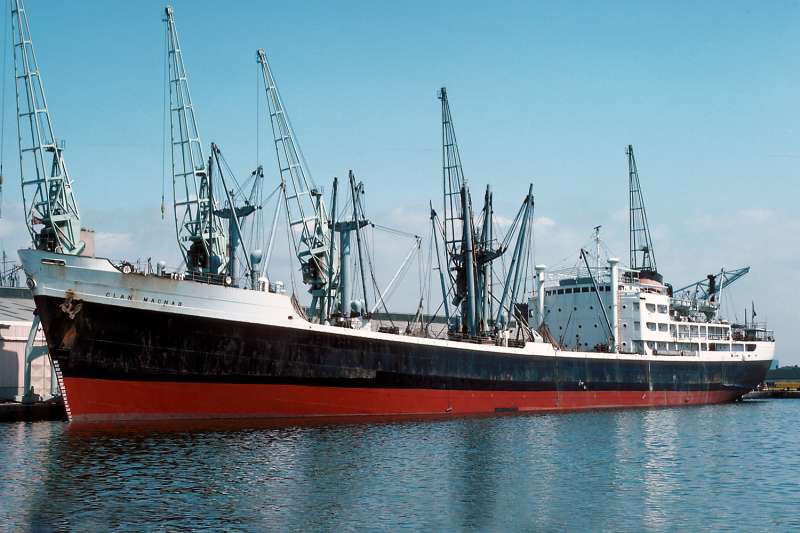 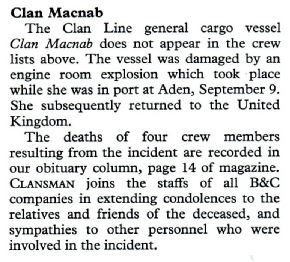 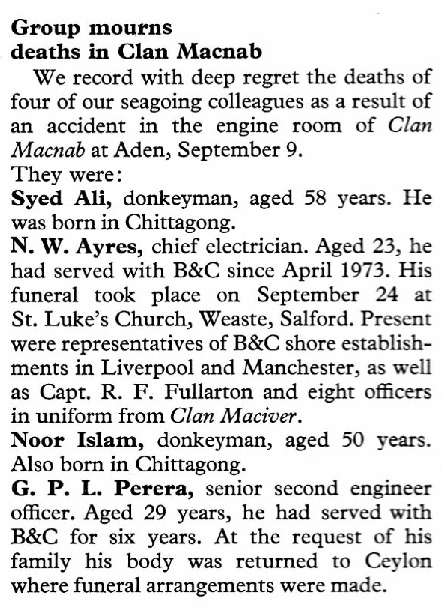 On September 9th 1975 a tragic accident occurred whilst the vessel was bunkerering at Aden.

A cracked overflow sight glass next to a generator caused fuel to spray out and ignite.

In the resulting fire, four of the ship’s company lost their lives.

Electrical engineers from the German company TurboTechnik were sent out to assist rewiring the engine room. 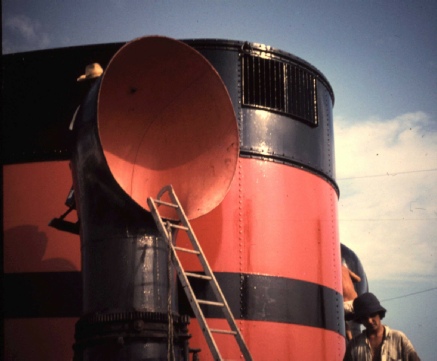 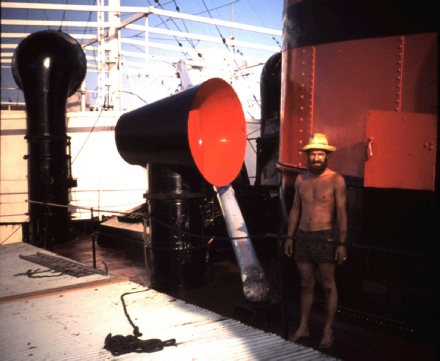 The funnel had been badly discoloured by soot during the fire and I recall spending some considerable time cooling it down with a fire hose.

It was a point of honour and pride that there would be no outward evidence of the fire when we returned to UK. So I and 2/O Nick Crockett set about repainting the funnel as the crew were busy on other duties.

Explosion while Refuelling at Aden - September 1975 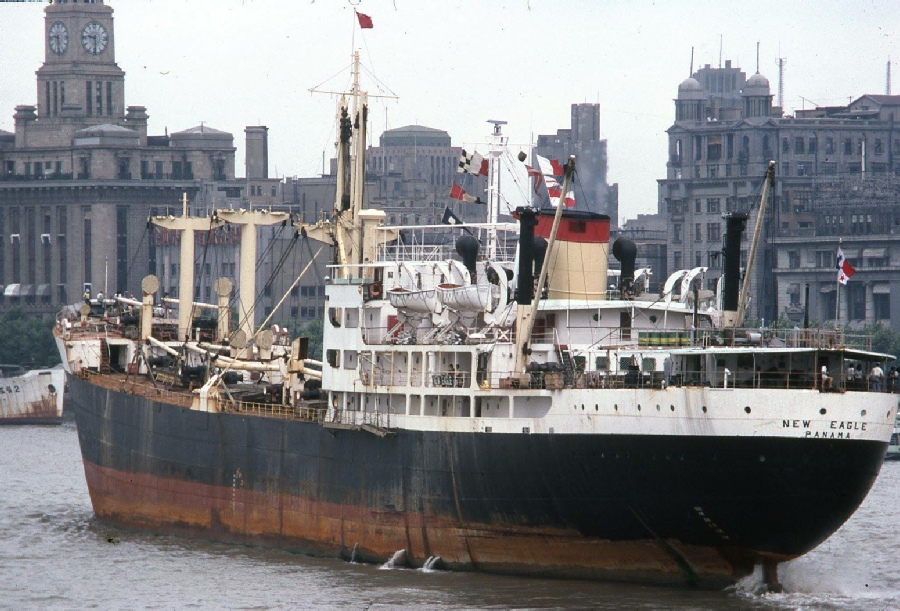 As New Eagle at Shanghai 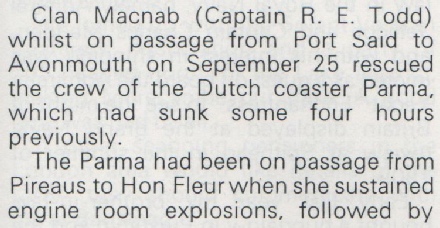 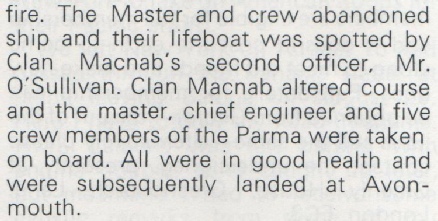 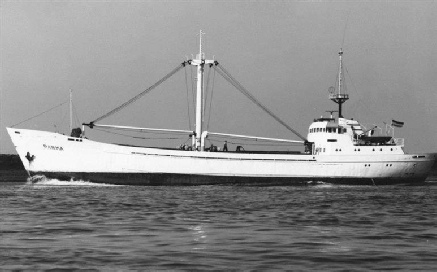