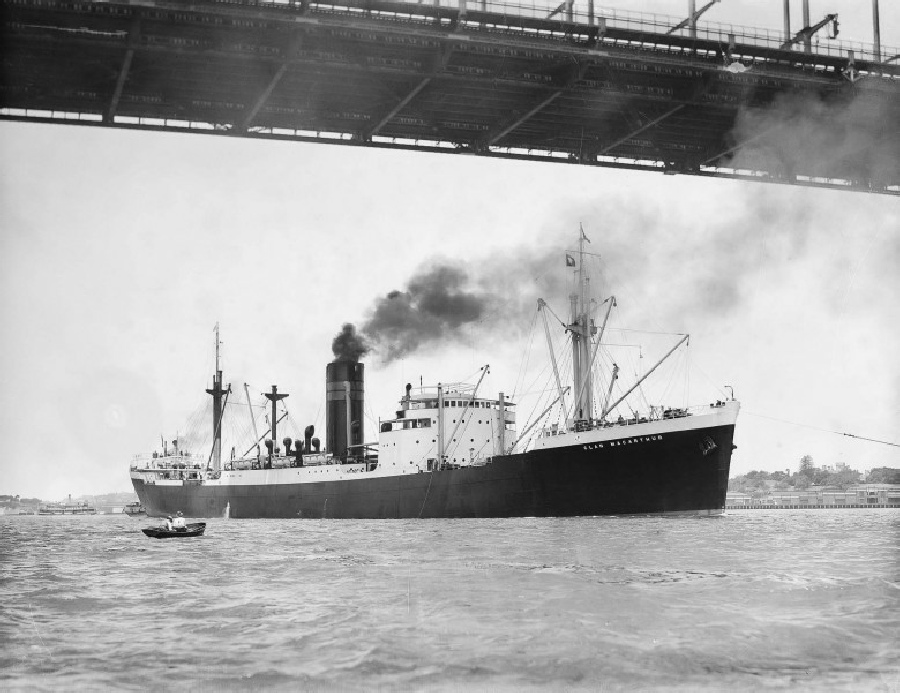 Torpedoed and Sunk in The Indian Ocean - 1943

6346 tons of general cargo, including 5500 tons of military stores, ammunition and mail

The ship sank by the bow eight minutes after being hit by a coup de grâce at 03.47 hours.

After the ship sank a heavy underwater detonation slightly damaged the U-boat and swamped several lifeboats.

The Germans questioned the survivors before they left the area. 52 crew members and one gunner were lost.

The master, 70 crew members and six passengers were picked up by FFL Savorgnan de Brazza and landed at Port Louis.