She was finally delivered on 24th April 1942 after waiting for engines to be installed.

Being a relatively fast ship she was deployed on the refrigerated food run between South Africa and the UK, operating independently of convoys.

She was heavily armed, especially against air attack and fitted with paravanes on forward booms as a defence against mines.

In 1945, after the war she made several fruit runs to the USA.

After a further twenty six years service she was sold to Sheyh Sheng Steel & Iron Works of Taiwan in 1971 and arrived at Kaohsiung on 2nd September of that year for breaking up. 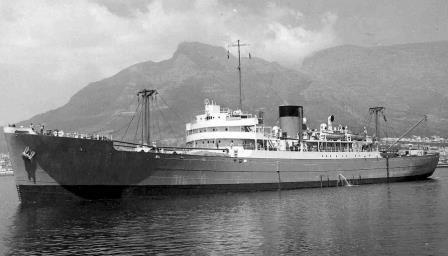 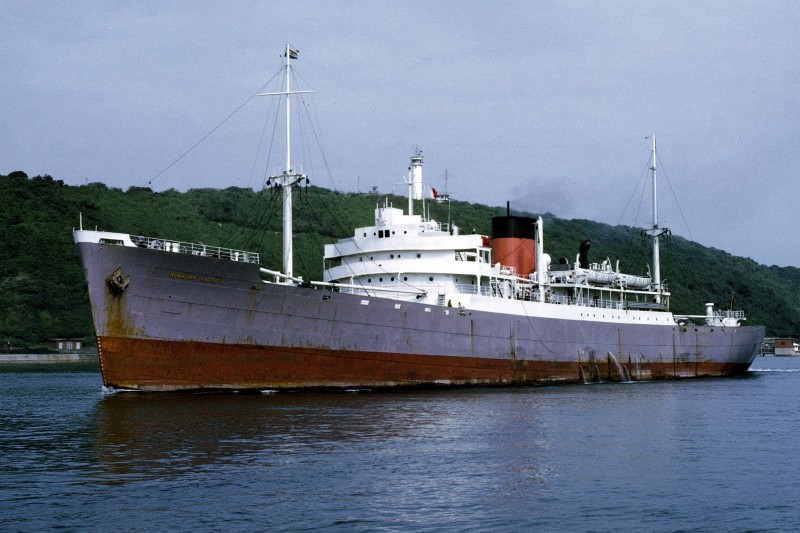 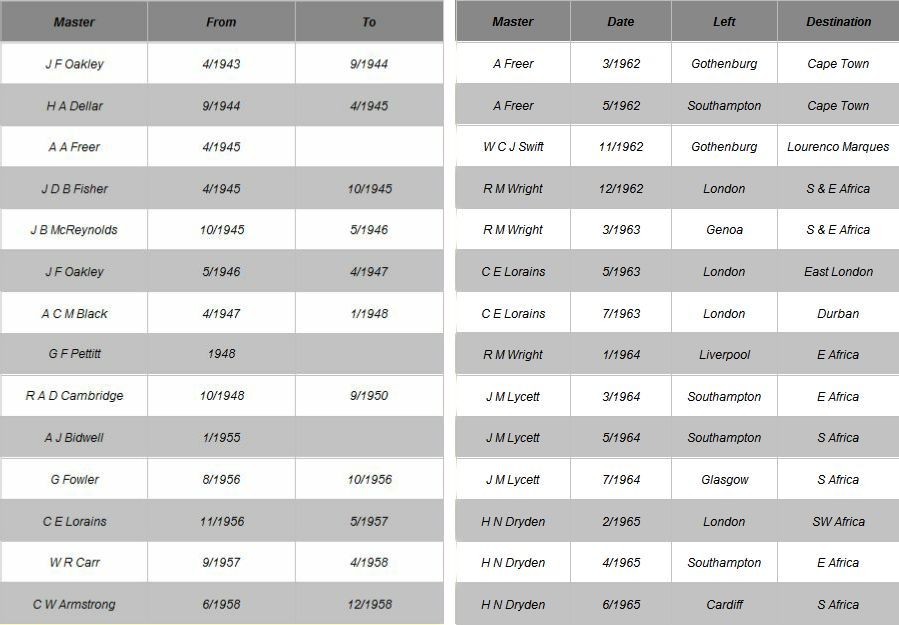 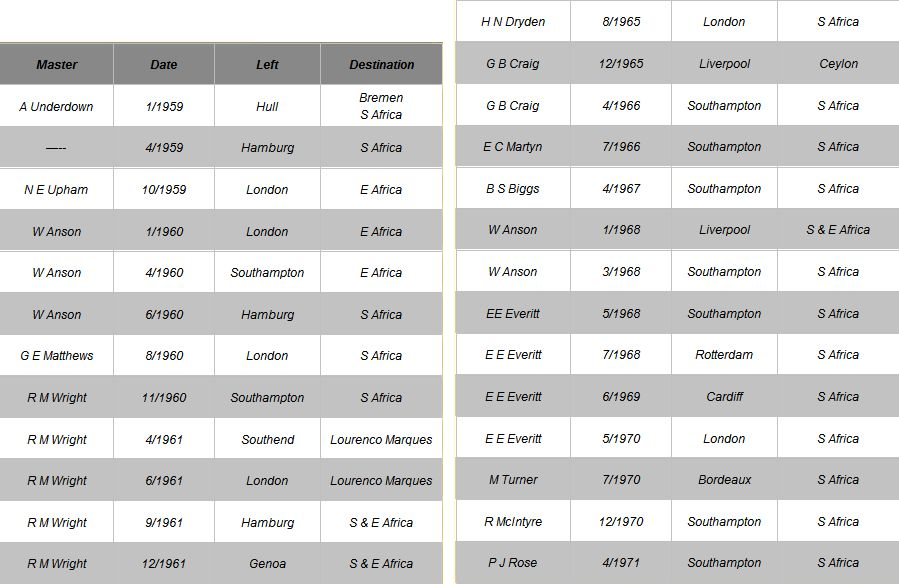