Although the sister of the Rotherwick Castle she actually had a lesser cargo carrying capacity.

I have always wanted to know why she had a slightly larger chimney than her sister, can anyone throw light on this?

She was sold to Lloyd Uruguayo S. A. of Montevideo in 1975 and renamed Laura.

On 28th August 1980 she sailed from Kuwait bound for Karachi where she was broken up at Gadani Beach. 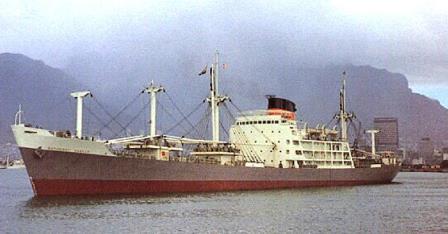 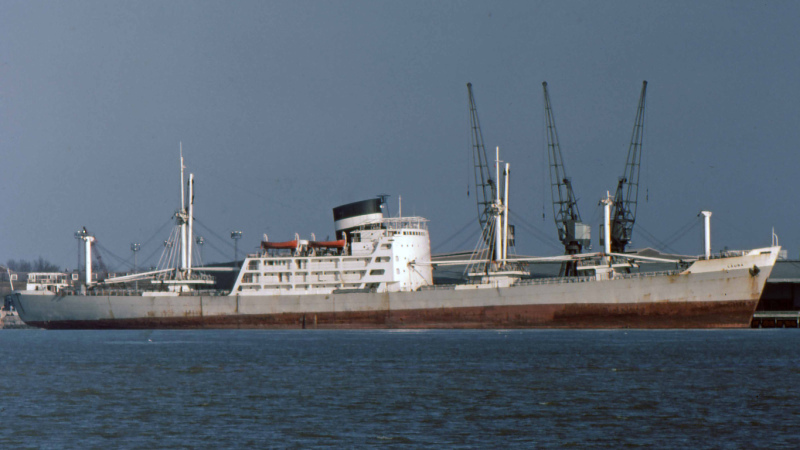 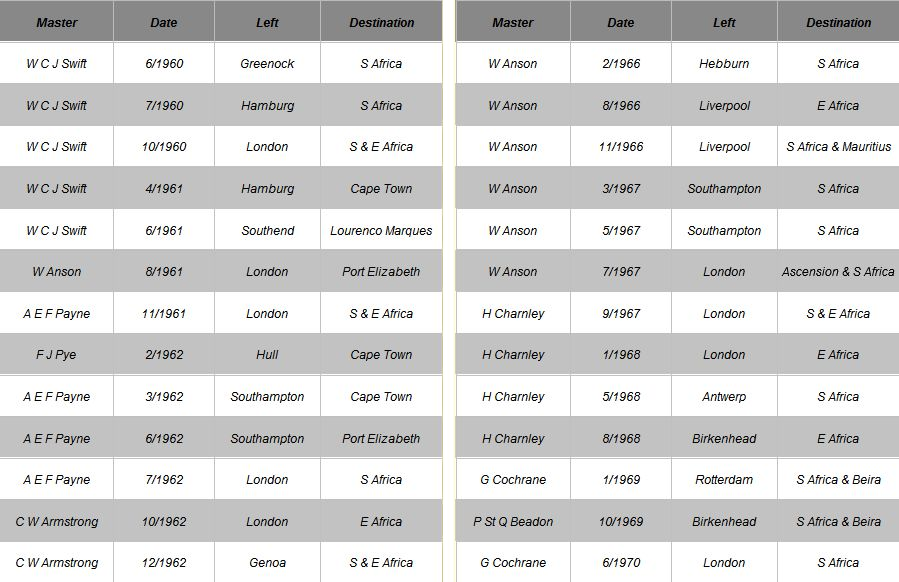 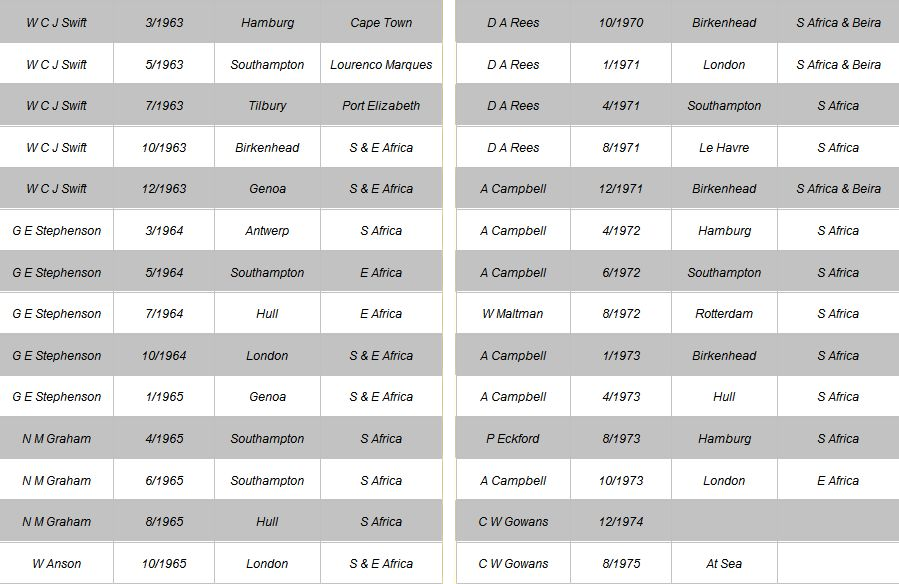 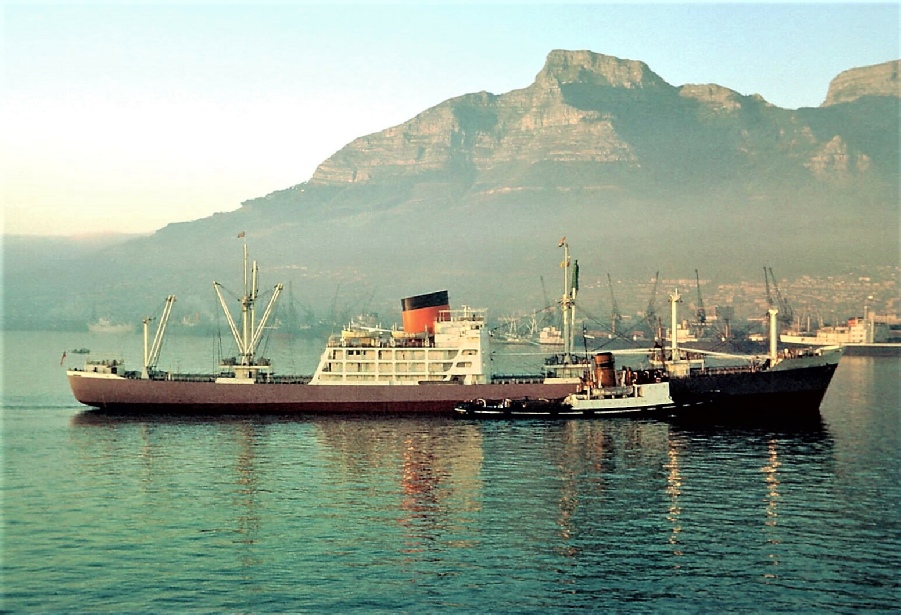 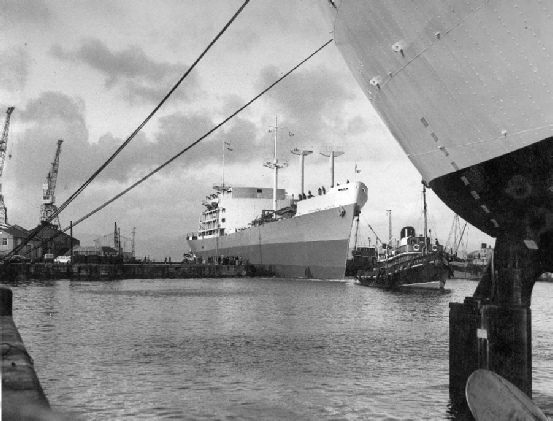