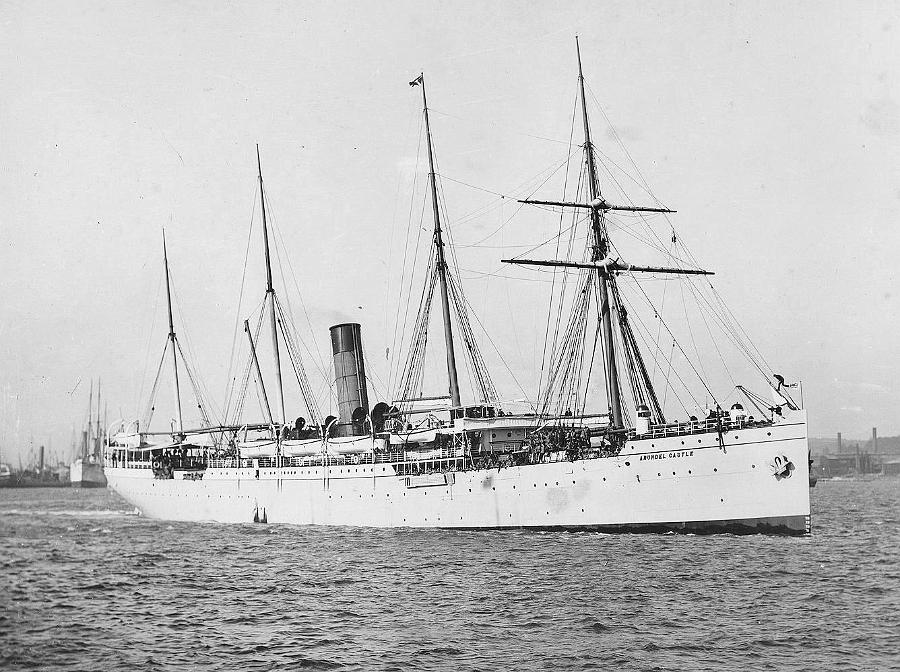 A considerable advance on the earliest Castle intermediate steamers such as Doune, Lismore and Harlech Castles, the Arundel Castle marked a new departure, like Pembroke Castle she was a four-master, square rigged on the foremast. She was christened by Misses Barnwell, two daughters of the Managing Director of Faifield Shipbuilding Company.

In 1905 she was sold to the East Asiatic Company of Denmark and was renamed Birma. She was engaged in the Atlantic emirgrant traffic to the United States at the time of the Titanic disaster in 1912 and was one of the vessels which picked up the distress signals of the doomed liner.

In 1913 she was transferred to the Russian American Line and renamed Mitau trading between Libau (Latvia) and New York. In August 1914 she had just left Libau when war broke out and she accordingly hurried back to port and anchored in Kronstadt Roads where she remained bottled up until the Armistice was signed.

She subsequently returned to the Danish flag and ran between Copenhaged and the East Indies until 1921. In that year she hoisted the Stars and Stripes and became the Joszef Pilsudski of the Polish Navigation Company of New York. As such she sailed until 1924 when a German company bought her and renamed her Wilbo. Within a few months she had been sold again and at the end of 1924 she was dismantled by Italian shipbreakers 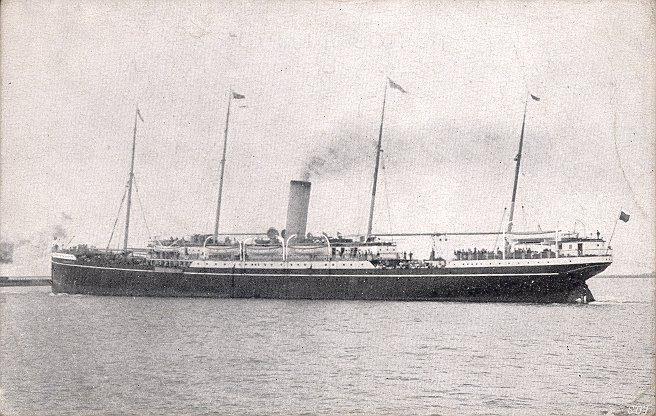