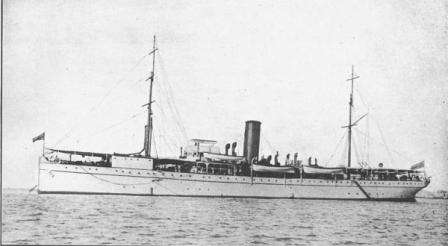 A vessel of the same “Aubretia Class” naval sloop