GLOUCESTER CASTLE was built in 1911 by Fairfield Shipbuilding and Engineering Co. at Glasgow with a tonnage of 7999grt, a length of 450ft 7in, a beam of 56ft 2in and a service speed of 13 knots.

She was built for the Intermediate service. On 24th September, 1914 she was commissioned as a 410 bed hospital ship and in April 1915 took part in the Dardanelles campaign carrying the Portsmouth Battalion of the Royal Marines.

On 30th March 1917, although clearly identified as a hospital ship, she was torpedoed by UB-32 in the English Channel whilst on passage from Le Havre to Southampton.

She was torpedoed while carrying 399 casualties, 300 of these were cot cases. All but one were saved but three died during the transfer. She was eventually towed back to Southampton a fortnight later and repaired.

The curious fact about this incident, to have successfully saved so many casualties says much for the ship's staff and their training, E.F. Knight makes no mention of it in The Union-Castle and the War 1914-1919 as neither does Marischal Murray in the Union-Castle Chronicle. An extraordinary omission. 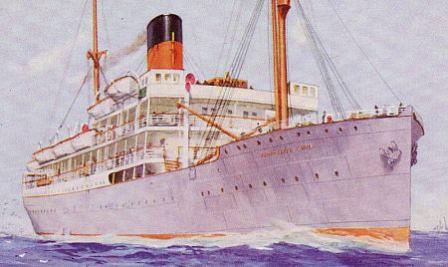 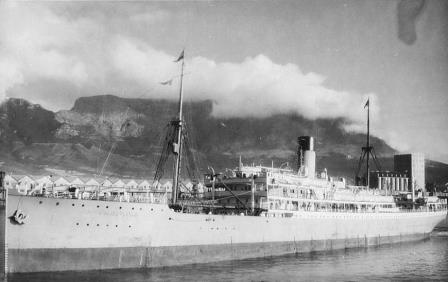 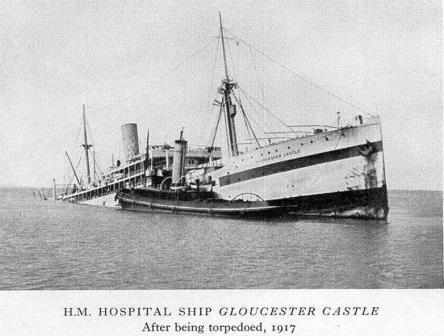 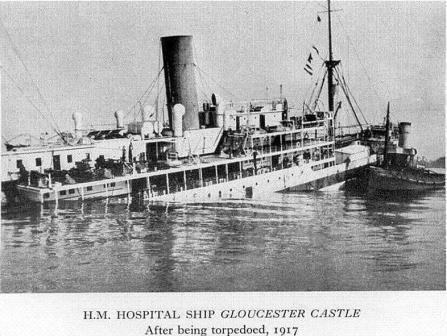 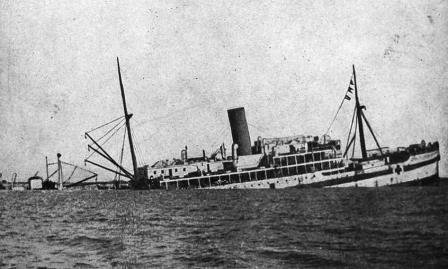 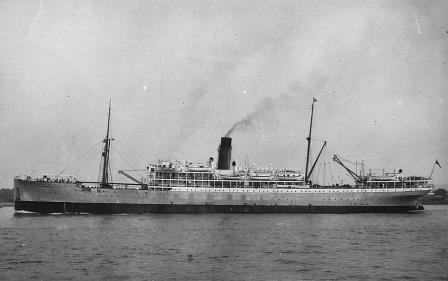 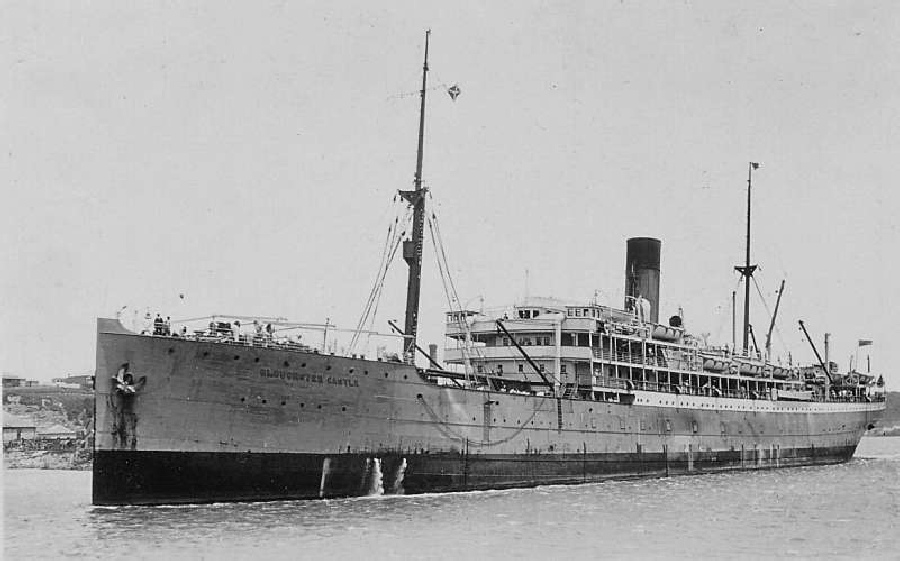 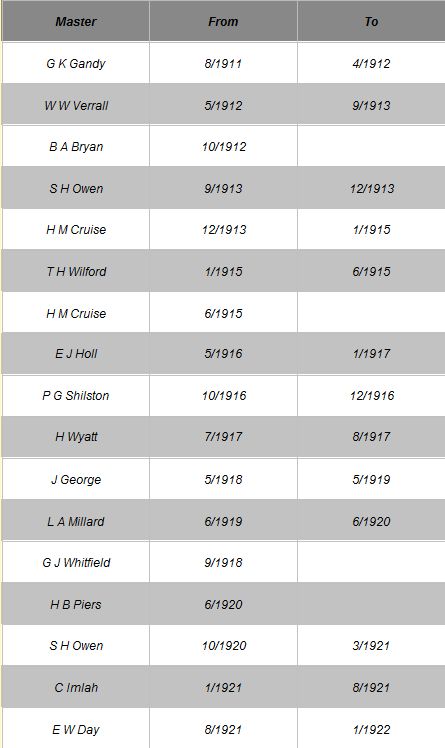 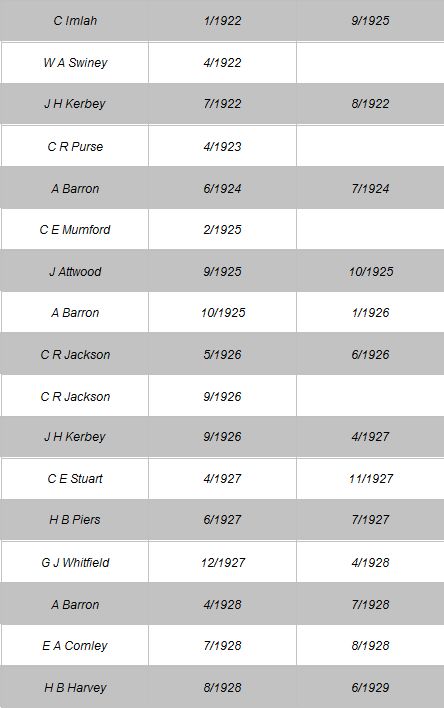 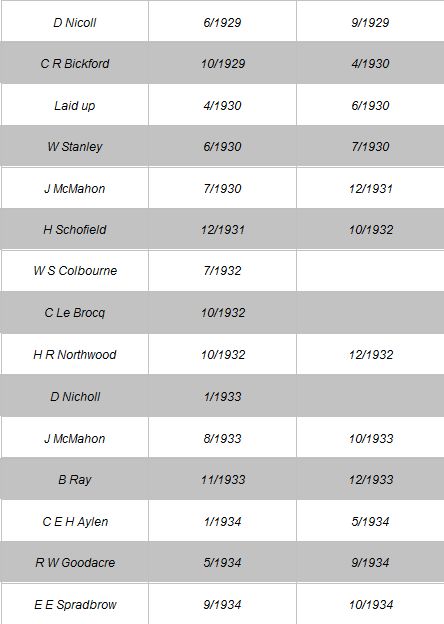 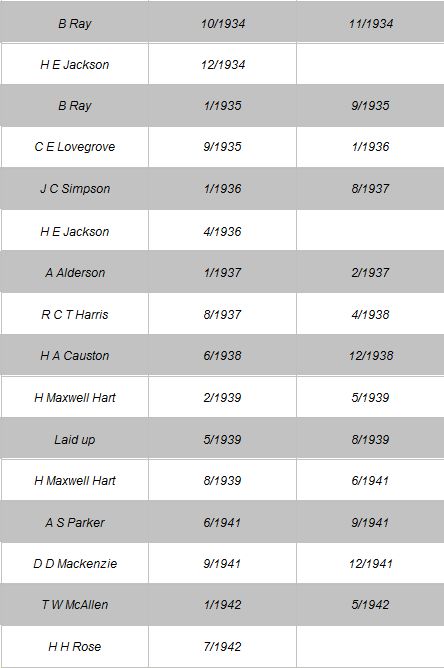 In 1919 she went back to the East Africa service and in 1922 transferred to the round-Africa service in which two ships sailed out via Suez and home via the Cape, and two sailed in the reverse direction. Her slow speed earned her the name 'Go Slowster Castle'.

In 1926 she was replaced by the Llandaff Castle and reverted to Intermediate status until 1939 when she was laid up at Netley in Southampton Water.

On 21st June 1942 she sailed from Birkenhead and on 15th July, off the Ascension Islands, was shelled and sunk by the German surface raider Schiff 28,Michel.

Out of 154 persons on board 82 crew members, 6 women, 2 children and 3 male passengers were killed.

The surviving 57 crew members, 2 women and 2 child passengers were taken aboard the German supply ship Charlotte Schliemann and taken to Japan for internment.

The commander of the Michel, Von Ruckteschell, was found guilty of war crimes and imprisoned at Spandau in 1946.

A Survivor's Story by Lou Baron

Was Captain Von Ruckstell of the Michel actually a war criminal?

I thought, possibly naively that the raider crews were not Nazis, rather seamen who acted properly or is that the first world war?

Was there a specific act he received that sentence or was it his overall behaviour during his time as Captain of the Michel?

The Captain von Ruchteschell was also Captain of the Raider `WIDDER` and sank the Anglo Saxon and King John.

Post war the Captain von Ruchteschell was tried for war crimes, the only Armed Raider Captain to face a court. Able Seaman Robert G. Tascott gave evidence that the Widder opened fire on the boats as they tried to move free from the sinking Anglo Saxon.

In his defence, Ruchteschell stated the noise from his guns firing precluded the hearing of any "Cease Fire orders."

Hope this explains it, the only Raider Captain to be charged. He died in prison in 1948

Here is what I've written about the Gloucester Castle in my new book, SHIPPING COMPANY LOSSES OF THE SECOND WORLD WAR, which is due to be appear on 1st July. Please tell me if you think it's OK. I've just received the proofs today and may be able to make an alteration.

Bound for Cape Town, sailed from Birkenhead on 21 June, 1942 and in a convoy until it dispersed on 10 July. Sailing independently when shelled by the German AMC Michel (Kapitän zur See Helmuth von Ruckteschell) at 7pm on 15 July, and sank within 10 minutes in approximate position 08º00´S 01º00´E.

A shell demolished the bridge and radio room, killing all her deck officers except 2nd Mate R. Pargiter, and, as her 3 radio officers also died, no distress message was transmitted.

Of the 154 people on board, 93 died, including 6 women, 3 men and 2 children who were passengers. The remaining 61, including a woman, an 18-year-old girl and two young boy passengers, were taken on board the Michel, but later transferred to the supply tanker Charlotte Schliemann.

When the latter eventually sailed, she had some 300 prisoners on board. The women and children were given two cabins, but the others were housed down a small, rat-infested, hold, and all were inadequately fed.

The Charlotte Schliemann arrived in Singapore on 30 September and 40 prisoners were landed before she sailed for Yokohama, where she arrived on 19 October. But a number of her prisoners did not live to be repatriated at the end of the War.

In 1946, Ruckteschell was convicted of war crimes and died in Fuhlbüttel prison, in Hamburg, in 1948, shortly after hearing that he was to be released due to his deteriorating heart condition.

I believe that three men died in captivity.

The Story of the Gloucester Castle

Sailed from Birkenhead on the 21 st June bound for Cape Town On board was a young neighbour of mine, 17 years old Joe Farnworth. Gioucester Castle was last seen on July I0 1942, when the convoy dispersed in position 02' 00~N, 12' 02'W A course for Cape Town was set and she sailed independently. On the 5th July 1942, at 1900 hours in an approximate position 8 degrees north and near to Ascension Island the German merchant raider. "Michel" with Captain von Ruckteschel ln command atacked her. Shelled and machine gunned she sank in 15 minutes killing 85 crew and 8 women and children passengers, including Captain H Rose, 5 deck Officers including 3rd officer Shannon. All 3 radio officers including K Vaughan, 3 engineers the Stewardess Edith Thomas. Fireman Frank Griffiths and family friend, Ordinary Seaman Joseph Farnworth who was lying in the ships hospital having been injured by a fall from the ships mast a few days earlier. The 8 passengers lost included Mrs Radford, Mrs Sieve and her 2 year old son and Mrs White. The only surviving Officer was a Mr Pargiter who after the war became a Master in the Union Castle Line. The survivors were taken to Singapore and Japan and were used as slave labour. Those in Japan worked in the steel works and the coal mines.

Three more crewmen died in Japanese hands The sinking was a mystery until the survivors were released after the wars end August 1945.

Captain von Ruckteschell was convicted of war crimes and sentenced to life imprisonment. He died in prison in 1948. In October 2001. I told the family of Joseph Farnworth I was sailing to Cape Town on Queen Elizabeth 2 and would be passing the estimated position of the sinking of the Gloucester Castle. I purchased a MN poppy wreath on behalf of the Farnworth family from the British Legion and took it with me.

On the 'QE2' I discussed the situation with Captain Ron Warwick and he very kindly said that he would make the necessary arrangements when we would be in the area of the sinking.

At the Part of the service which say's "cast the wreath" the Chief Security Officer walked aft, on One Deck and cast the wreath into the ocean. followed by a salute. Captain Warwick completed the service followed by a few moments of silence which was quite moving. Some of the assembled ladies were weeping and I must it brought a little moisture to the eyes. It was a lovely service conducted very professionally and with dignity by Captain Warwick and his Staff. The family of young Joseph Farnworth were very thankful that at last they have had a service over the "grave" and the dead of the 'Gloucester Castle' can now rest in peace.

One sad post script of the survivors was a young steward arrived home and in a couple of weeks was killed on a motor cycle in January 1946. 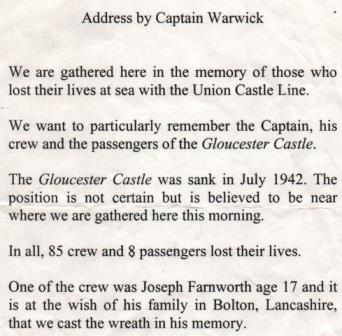 Thank you guys for looking at my post of the raider first of all to Ian there was 50 of us landed in Singapore not but they where not all off the Gloucester Castle they were a few Americans and other seamen of other ships only 20 off the G/Castle.

It was they way that this raider sank our ship it was plain murder why use a small torpedo boat going round to the port side and machine gunning plus pompom gunand the raider also kept on firing till we sank. I only caught sight of the captain once, he looked a arrogant bastard .

But i must say that the treatment we got from the Germans was a lot better than we got from the Japs .The only time that it was not very good was on the supply ship with a couple hundred or more jammed in a small hold it was not the best and we could not complain to the seamen’s union about it.

It did not get the seamen down that’s why I am proud to be a ex Merchant Seaman.

I want to get this clear, Louis.

Did they machine-gun the lifeboats?

No they did not machine gun the only lifeboat at that time we did not know what sunk our ship it was when they put their search light on us we did think their were going to machine guns us in fact I think some of the guys got out of the lifeboat but as the raider came very close and a voice rang out that they were going to pick us up it was just as well it was a calm sea .

As we got along side of the raider they lowered a jacob’s ladder and a couple then a voice ask if there were any wounded and the second mate told them we had two women and two boys and a couple of wounded (me included) a couple of the German sailors came down and put a rope around  the women and boys one by one and lifted them onto the raiders deck .

This is what I could not understand they blew hell out of us then treated us in a very humane way.

Our time on the raider was to come to end after being on the raider for a couple of weeks they told us they were going to transfer us to their supply ship (Charlotte Schliemann) a tanker .

If we thought that Britain rules the seas on that day in beautiful calm weather somewhere in the South Atlantic I would have changed my mind the Raider plus another raider (Stier) two supply ships and three U boats all together as they started to transfer us in motor boats it must have taken hours.

That’s when things went a bit pear shaped .We thought where is the bloody navy now? 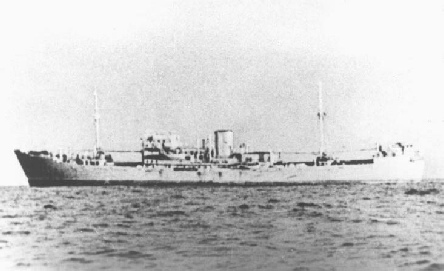 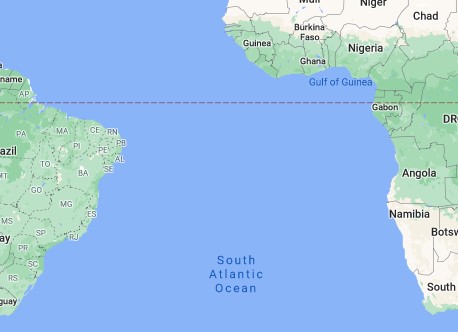