She was laid down as the Doune Castle but when it was discovered that the staff pronounced the name in a variety of ways the name was changed to Dunbar Castle. The same problem obviously didn't arise when the Doune Castle (2) was launched seven years later.

When delivered she was already too small for the growing trade and was used as an extra steamer, mainly on the Mauritius service.

In 1895 she was sold to Fairfield Ship Building and Engineering Co. in part payment for the Tantallon Castle, renamed Olympia and re-sold to R. Barnwell of London.

Two years later she was acquired by the Scottish American Steam Ship Co. of Glasgow with Sir W. G. Pearce as manager and later by W. M. Rhodes for use in the USA as the Northern Pacific Steamship Line.

In 1898 when war with Spain was declared, she was sold to the North America Mail Steam Ship Co. of Tacoma for operation of the Tacoma (terminal of the Northern Pacific railway Co.) - Victoria - Yokohama - Hong Kong - in parallel with the Canadian Pacific service out of Vancouver.

By 1903 she was owned by the North Western Steam Ship Co. of Seattle with J. Rosine as manager and in 1904 was sold to the Alaska Steam Ship Co. who removed her yards and installed three lifeboats on each side.

In October 1910, still as the Olympia, she was wrecked on the coast of Alaska. 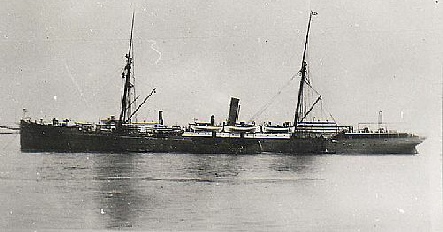 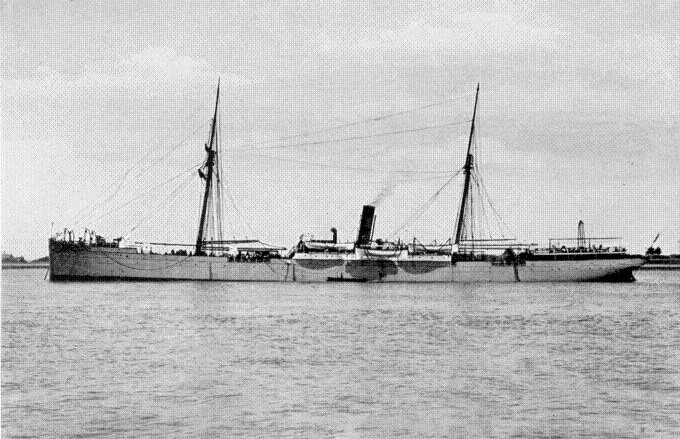 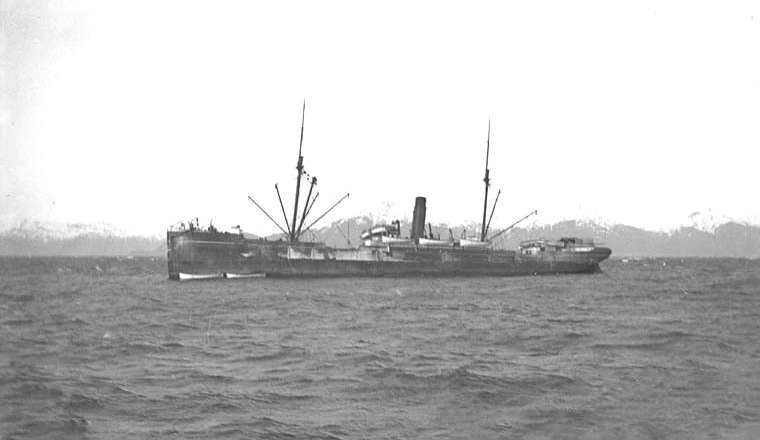 As Olympia in Alaska