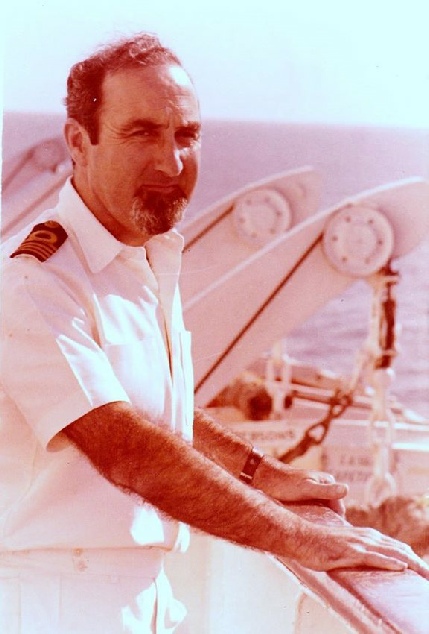 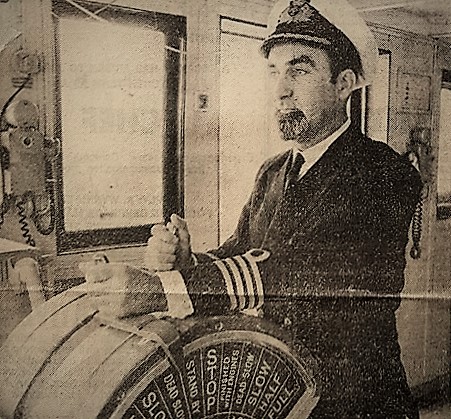 When Master of SA Oranje 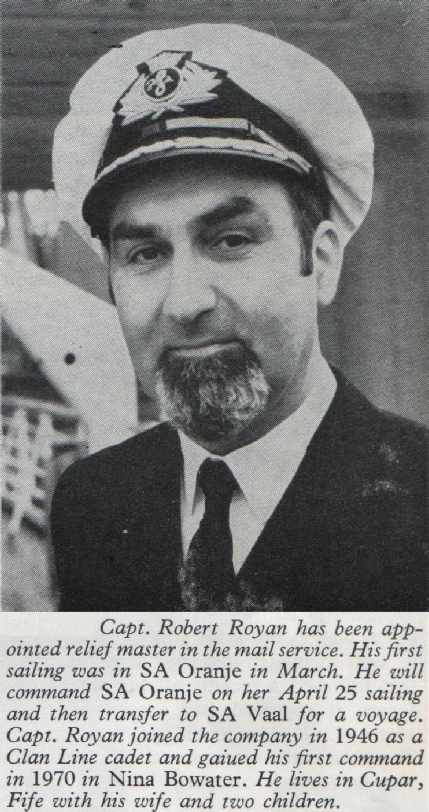 Many of his friends, colleagues and shipmates have paid their tributes: 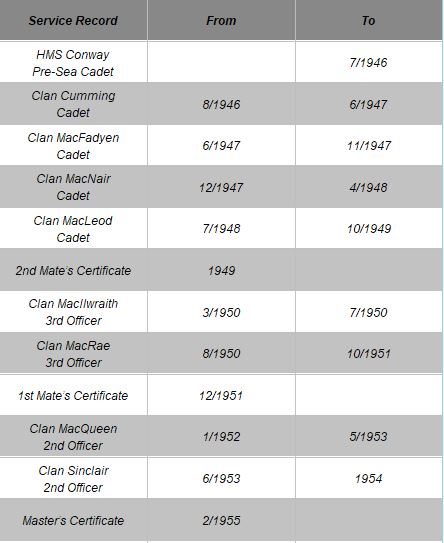 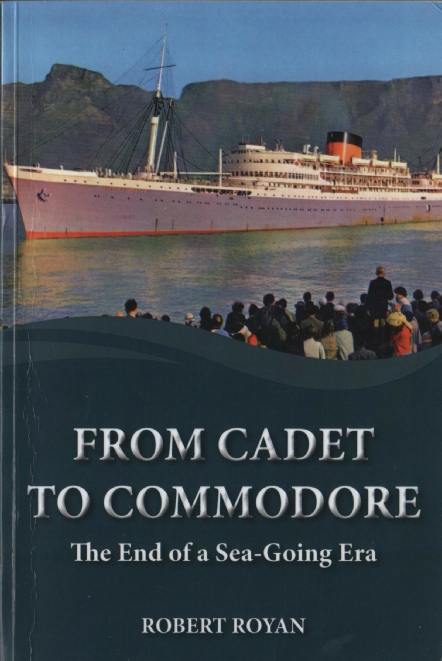 Our first port of call was at Madras where I witnessed real poverty for the first time. We then proceeded to Calcutta to discharge the rest of our cargo. We picked up the Hooghly pilot at the Sand Heads, out of sight of the land where the sea had shallowed quickly.

As junior cadet I was instructed to meet the pilot assisted by the duty secunny at the top of the pilot ladder. At that time the pilot boarded from a 10 oared cutter that brought him from the pilot vessel.

The pilot boarded and greeted me followed by his bearer (servant) in his uniform and turban followed by a chest containing all the pilots personal effects which the bridge had not told me about. I took the British pilot to the bridge in his immaculate white uniform where he was greeted by Captain Cossar.

The passage to Calcutta would take about two days due to the shallowness of the river and having to cross a number of sand bars at high water. This pilot would take us to Calcutta port where a docking pilot, British, would dock the ship in Kidderpore Dock. What amazed me on this first call at Calcutta was the routine with the river pilot. When it came to mealtime, when the vessel was underway, the pilot’s bearer would set out a tablecloth on the bridge table with his own set of cutlery and poor him a chota peg of whisky. All this accepted by the ship’s Master as acceptable. The bearer would also check out what was being cooked in the officers’ galley.

By this time however British officers were no longer being recruited for the Bengal Pilot Service. I understand that up until outbreak of war they would offer employment to Conway Boys, with certain conditions. This pilot whose name was Colquhoun as I recall, Chief Officer F H Thornton RNR and Cadet Greenfield as well as myself were all Old Conway’s.”

Bob recalls his last voyage up the river in 1973 as Master of the tanker Hector Heron:

“Needless to say times had changed and the Indian pilot had no bearer and lived like the rest of us. Again it took a long time due to the vessels draught and the pilot reckoned at least two days giving this information to the port authority and our agent. On the first night when we anchored the pilot asked if we had films on board and could he watch one. We had films and he chose one and one of our cadets had the honour of showing it. When we were under way again the pilot said he had enjoyed the film very much and he now thought we could arrive at Calcutta about 12 hours earlier! This information was passed to our agent and port authority. We also had a crew change to make.

On arrival at the tanker berth in the river we had to make fast to buoys using our anchor cables because of the bore that comes up the river at the tide change.However our agents had not informed the Customs of our early arrival or the seamen’s union. The result was that our leaving crew had nobody collecting duty or crew members giving gifts to union officials. Needless to say they made life difficult for the ship despite the fact that it was nothing to do with the ship.

Needless to say we were pleased to sail and I understand that Calcutta as a port for ocean ships has ceased and the river silting up. A new port for deep sea vessels now operates much nearer to the Bay of Bengal.” 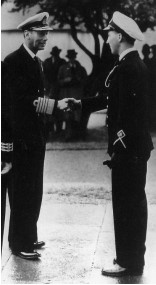