Shackleton's restlessness at school was such that he was allowed to leave at 16 and go to sea.

The options available were a Royal Naval cadetship at HMS Britannia, which Dr Shackleton could not afford; the mercantile marine cadet ships Worcester and Conway; or an apprenticeship "before the mast" on a sailing vessel.

The third option was chosen. His father was able to secure him a berth with the North Western Shipping Company, aboard the square-rigged sailing ship Hoghton Tower. During the following four years at sea, Shackleton learned his trade, visiting the far corners of the earth and forming acquaintances with a variety of people from many walks of life, learning to be at home with all kinds of men.

In August 1894, he passed his examination for Second Mate and accepted a post as third officer on a tramp steamer of the Welsh Shire Line.

Two years later, he had obtained his First Mate's ticket, and in 1898, he was certified as a Master Mariner, qualifying him to command a British ship anywhere in the world.

In 1898, Shackleton joined the Castle Line, the regular mail and passenger carrier between Southampton and Cape Town.

He was, as a shipmate recorded, "a departure from our usual type of young officer", content with his own company though not aloof, "spouting lines from Keats [and] Browning", a mixture of sensitivity and aggression but, withal, sympathetic.

Following the outbreak of the Boer War in 1899, Shackleton transferred to the troopship Tintagel Castle where, in March 1900, he met an army lieutenant, Cedric Longstaff, whose father Llewellyn W. Longstaff was the main financial backer of the National Antarctic Expedition then being organised in London.

Shackleton used his acquaintance with the son to obtain an interview with Longstaff senior, with a view to obtaining a place on the expedition. Longstaff, impressed by Shackleton's keenness, recommended him to Sir Clements Markham, the expedition's overlord, making it clear that he wanted Shackleton accepted.

On 17 February 1901, his appointment as third officer to the expedition's ship Discovery was confirmed; shortly afterwards he was commissioned a sub-lieutenant in the Royal Naval Reserve.

Although officially he was given leave by Union-Castle, this was in fact the end of Shackleton's Merchant Navy service. 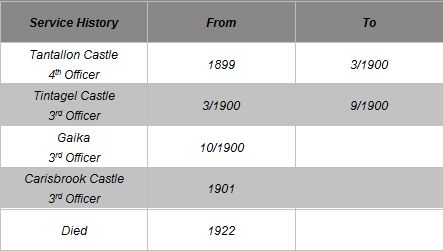 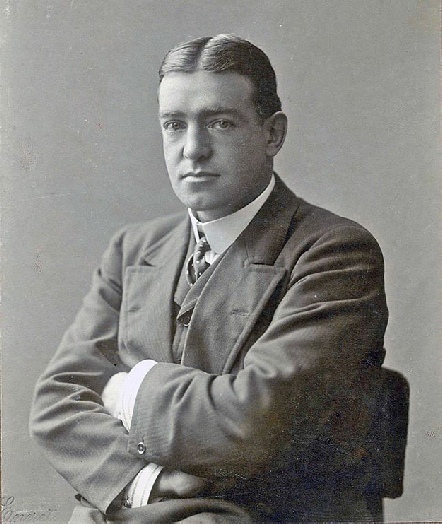