St. Mary’s Churchyard is the Greyfriars’ of Leith. Crowded within its narrow limits lie generation after generation of its inhabitants. Round its walls are the stately monuments of her merchant princes. In the portion of the churchyard set apart in days of old for the "Gentlemen Traffickers" lies one whose name the genius of Robert Louis Stevenson has made familiar wherever the English language is spoken, the Laird of Pilrig to whom be brings his hero, David Balfour, in the opening chapters of Catriona’. Opposites on the walls of the church, is the memorial stone of John Home, the author of Douglas. To the east of these is a fine monumental stone to the memory of Robert Gilfillan, who wrote the beautiful song, "O, why left I my hame?"—a song which has touched the hearts of so many Scots exiles, and among them that of the gifted author of Catriona".

And last, in the portion of ground at the east end of the church allotted to the mariners, is the handsome tomb of that fine old Leith salt, as was his father before him, Captain Robert Duncan, who was born in Water Street, and who rose to be Commodore of the Union-Castle Line of Mail Steamers. Always a favourite with passengers, and, like Tom Bowling, "the darling of his crew,"

"He never from his word departed,

His heart was kind and soft,

Faithful below he did his duty,

He was a generous friend to the boys and girls of Leith. many of whom, now grown-ups, must have happy memories of the annual picnic to Aberdour he provided for their pleasure under the charge of Mr. Thomas Fraser, then of Yardheads School. 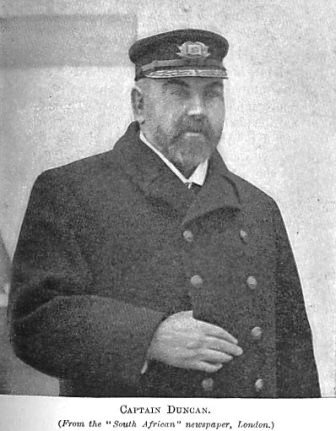 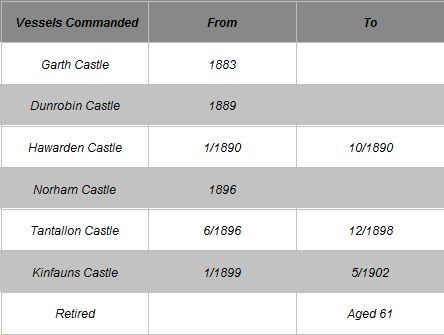