She was laid down as the Maritzburg but completed as the Melrose specifically for the coastal passenger 'Royal Colonial Mail' service. She was used by local businessmen for social voyages up and down the South Africa east coast ports. 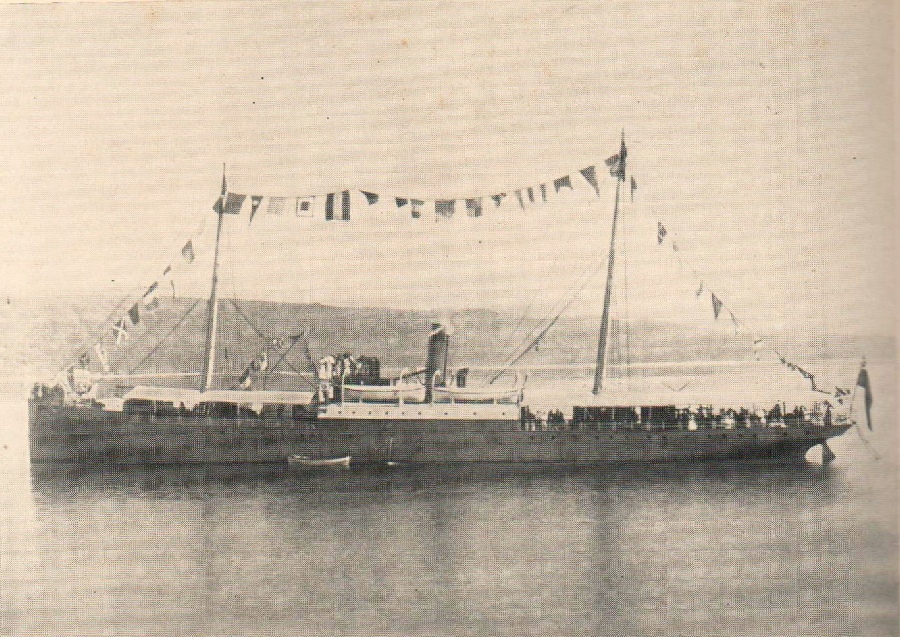 On 29th July 1883 she was the scene of a sensational crime. In May 1882 Lord Cavendish and Thomas Burke were stabbed and killed in Pheonix Park, Dublin. One of the six Fenians, members of the Irish Republican Brotherhood which had been established in 1858, turned Queen's evidence and, as a result, the other five were publicly executed. Thomas Carey was a member of the 'Invincibles' and fellow members vowed to kill him. For his protection Carey and his family were secretly taken to South Africa aboard the Kinfauns Castle where, on arrival at Cape Town, they were transferred to the Melrose. Unbeknown to anybody, a member of the 'Invincibles', Patrick O'Donnell, had also shipped on the Kinfauns Castle and made friends with Carey who obviously didn't know him. O'Connell shared a cabin with Carey on the Melrose and on 29th July 1883 shot him with fatal consequences. O'Connell was returned to London and, after being tried at the Old Bailey and found guilty ,was hanged on 17th December 1883.

In 1887 Sir Donald Currie went to South Africa in the Melrose to inspect his coastal port installations.

During 1890 she was the first Castle ship to experiment with burning South African coal but as it produced too much ash and clinker and was not used again until 1907.

She was sold to S. Hough & Co. of Liverpool in 1894 and renamed Annie Hough for use on their Liverpool - Falmouth - London service.

In 1901 she was sold to Bermond & Co. of Bordeaux and renamed Emyre. She was sold to Moinard & Rouxel of Diego Suarez in Madagasgar in 1905 and was eventually wrecked during May 1911.