She was built for Donald Currie's Leith, Hull & Hamburg Steam Packet Co. and was chartered by George Payne's Cape & Natal S.N. Co.'s to carry private mails from London to the Cape. 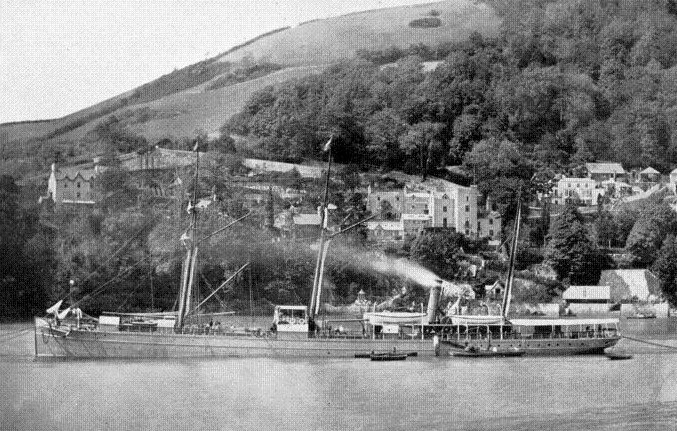 When the Cape & Natal Line was wound up in February 1872 she continued to carry Donald Currie's private mails until replaced by the Walmer Castle (1) or one of her sisters.

In 1876 she was transferred to the Liverpool Hamburg Line with the same name.

She was purchased by the Admiralty in 1915 for use as a blockade ship but never used as such and in 1919 was sold to Claude Langton of London still retaining her original name.

In 1922 she became the Trude Bremer under the ownership of Dampfsch, Reederie Friedrich Bremer of Rostock and was broken up in Germany during 1924.

9 July 1874 off the coast of Norway in thick fog in collision with the brig Ann Potts of Blyth.

The brig suffered damage and sank taking with her five of her crew. The Master, the Mate and one member of the crew jumped onboard the Gothland and another member of her crew was saved by Gothland's boat.

The Master of the Gothland was George Muir.