She was built as the Cape Merchant for the Cape & Natal Merchant's Line but was purchased by Donald Currie who gave her a '...land' name as she was deployed on coastal trading. Castle names were only given to ships trading out of the United Kingdom.

On 26th April 1887, during a voyage from Cape Town to Mauritius she ran aground 16 miles east of Kowie River, without loss of life, and was a total loss. 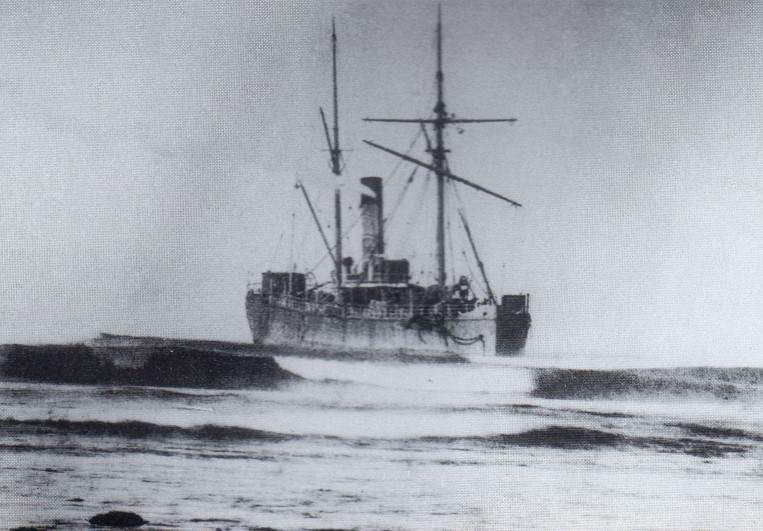 Wrecked between Kleinemonde & Great Fish Point on 26th April 1887 while on a voyage from Cape Town to Mauritius, with a full general cargo including machinery for the goldfields and a box containing 2,000 sovereigns to pay the Army.

No lives were lost & all the cargo was saved.