Captain Wilcock joined Union-Castle as a cadet in September 1920 and in 1925 took up a teaching post in Indefatigable.  He returned to the company two years later as fourth officer of "Glengorm Castle" and was appointed to his first command, "Walmer Castle" in 1938.

He came ashore in 1940 and the following year transferred to Cape Town where he was later to become deputy nautical adviser to the Ministry of War Transport. 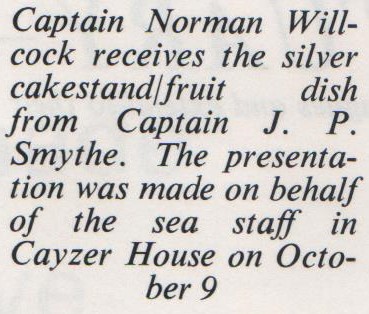 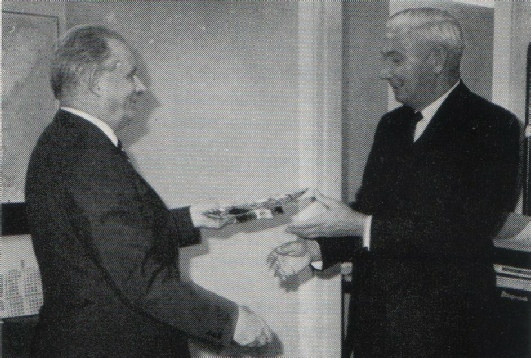