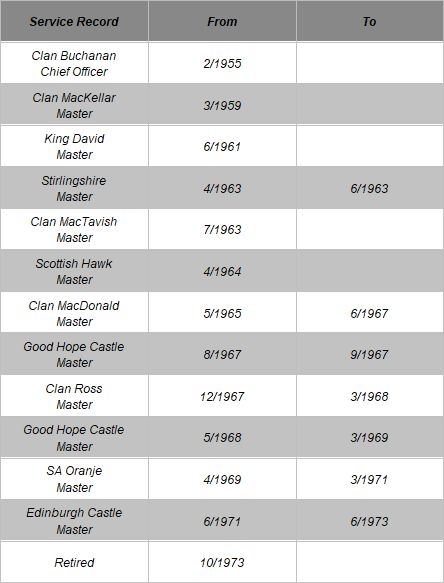 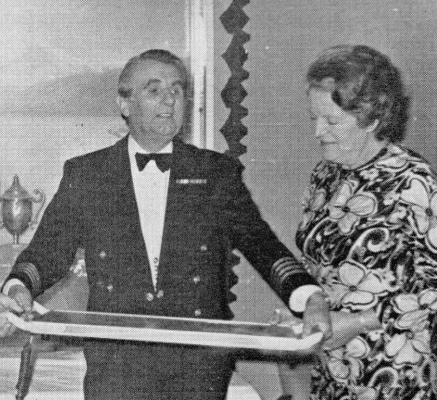 pending his retirement in October.

from the ship’s Leading Hands Club.

His first passenger ship command was SA Oranje, on which I was 3rd R/O.

He surprised me very much when passing my cabin one day he looked in because the 4th and myself were having a laugh and kicking up a bit of a noise.

He asked what we were celebrating, and I said "My birthday, Sir!" With a big grin, he invited the pair of us to his cabin for a drink before dinner.

As we set off, the chief R/O asked where we were going, and the 4th said "Drinks with the skipper," and off we went.

A few minutes later, we heard the chief R/O outside shouting for us, to which the captain shouted "In here, Mr. Xxxxxxx!"

Chiefs face appears in door, eyes almost popping out, and then disappeared. Captain Shattock said "Well, that shook him up, didn't it?", and we all had a good laugh!

It runs in the family:

Captain Shattock's father had been captain of the four-masted barque Nile, whilst his son was captain of an airliner!

A retirement gift from the officers of Edinburgh Castle 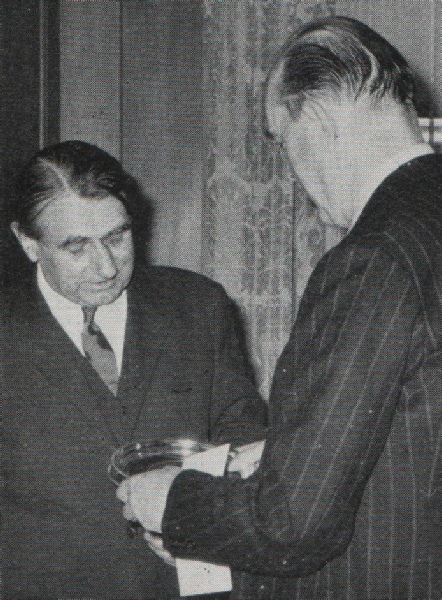 I idly Googled Captain Shattock (my father), as you do in lockdown!

I found your site and I should just like to make a small correction. The connection with the Nile was my maternal grandfather, Captain Louis Victor Marsh and I don't think he was ever her captain. My brother and I were always given to understand that he served his apprenticeship in her.

While in Nile, my grandfather, who was very good with his hands, made a model of her in full sail, the sails carved out of wood and the ship set in a sea of painted red lead. The whole was in a mahogany framed glass case and we loved this ship in childhood. Unfortunately at some point my parents found woodworm holes in the frame and the case was destroyed leading to deterioration of the model which eventually vanished I know not where. My mother had two sisters and there are five of us in our generation. I don't suppose the model exists any more, but I've always wished that one of we five had her.

With best wishes for a better but above all safe 2021, 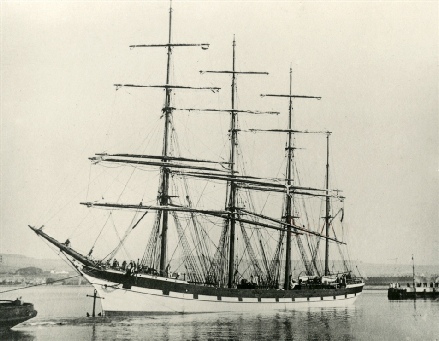