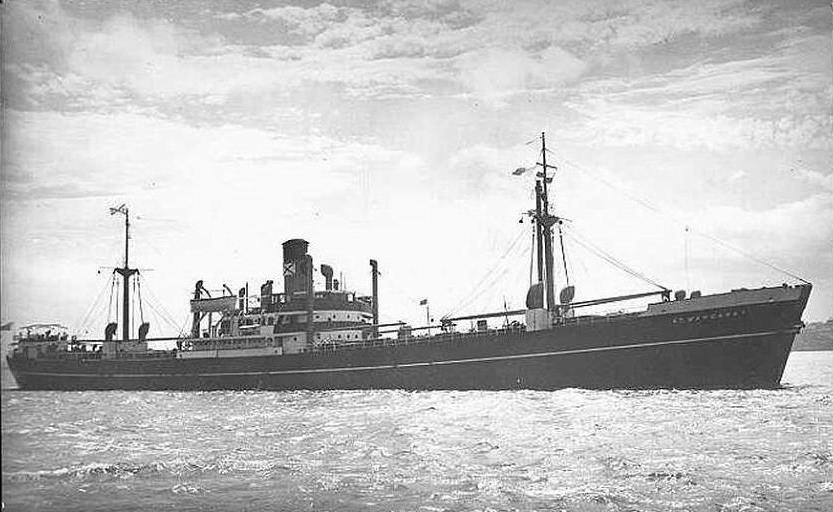 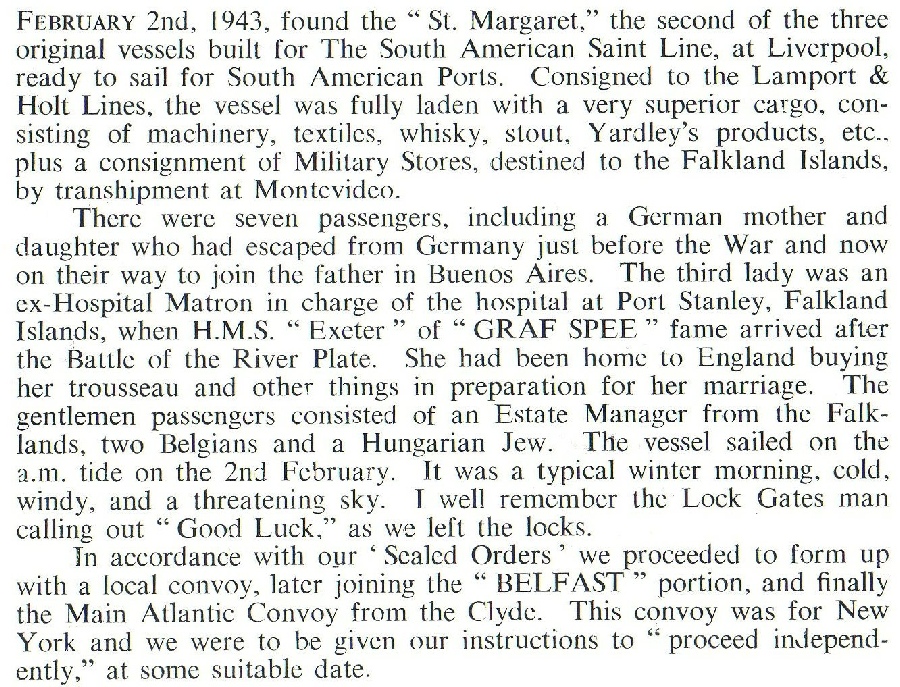 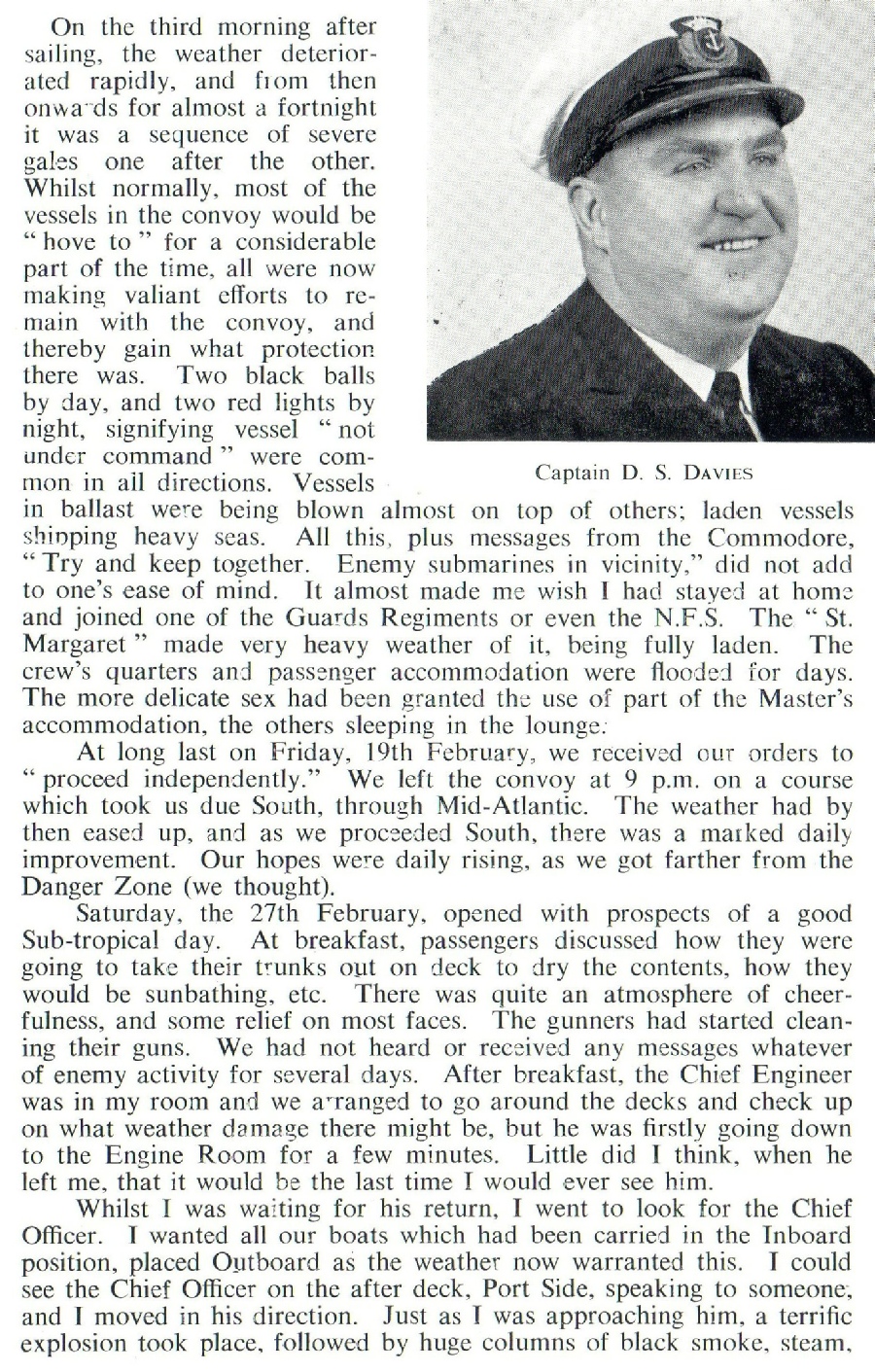 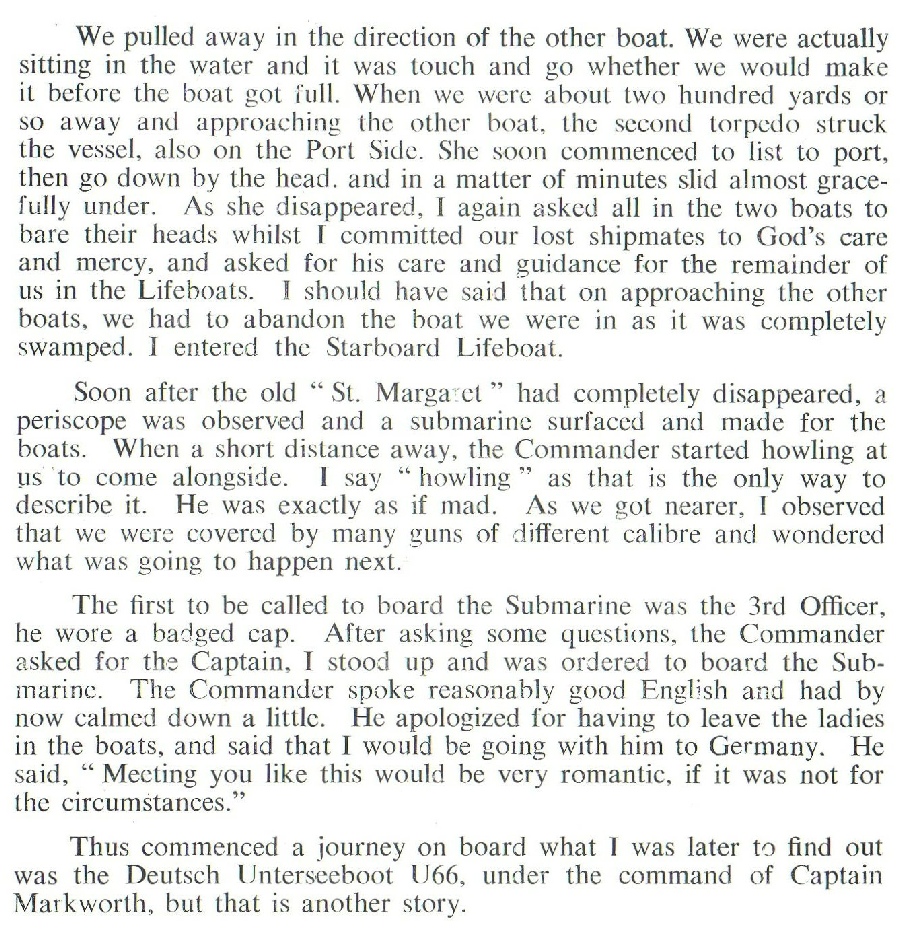 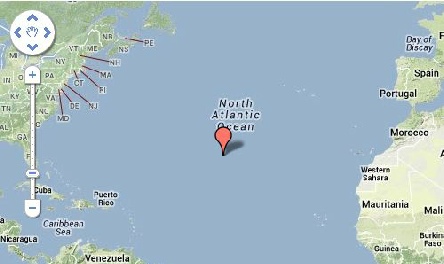 Sunk by U-66 (Friedrich Markworth)

6000 tons of general cargo and coal

At 13.55 hours on 27 Feb 1943 the St. Margaret (Master Daniel Sydney Davies), dispersed from convoy ON-165, was hit on the starboard side in the engine room by one of two torpedoes from U-66 southeast of Bermuda.

At 15.10 hours, the fourth coup de grâce hit on the starboard side in the foreship from a distance of 250 metres and caused the ship to sink after 17 minutes.

After the survivors were questioned, the master was taken prisoner by the U-boat, landed at Lorient on 24 March and brought to the POW camp Milag Nord.

Three crew members were lost. 34 crew members, five gunners and seven passengers were picked up by USS Hobson (DD 464) and landed at Bermuda on 5 March.