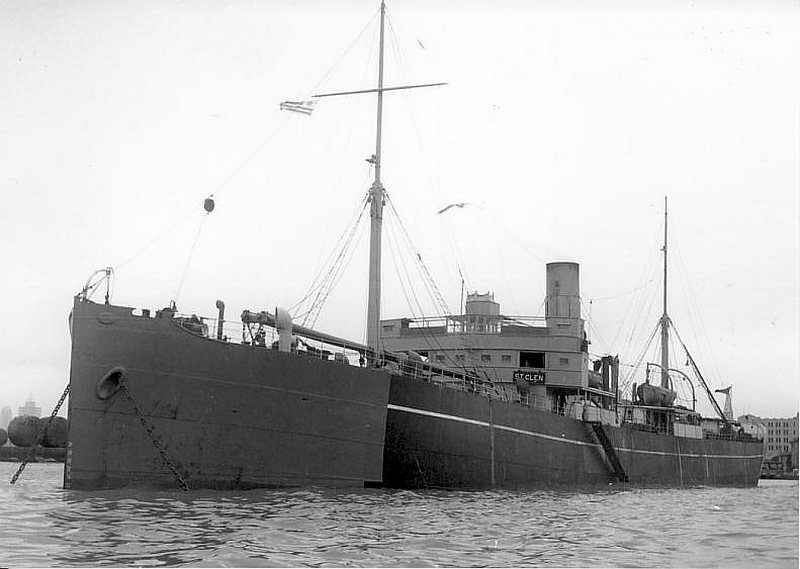 At anchor in Montevideo, being painted for wartime 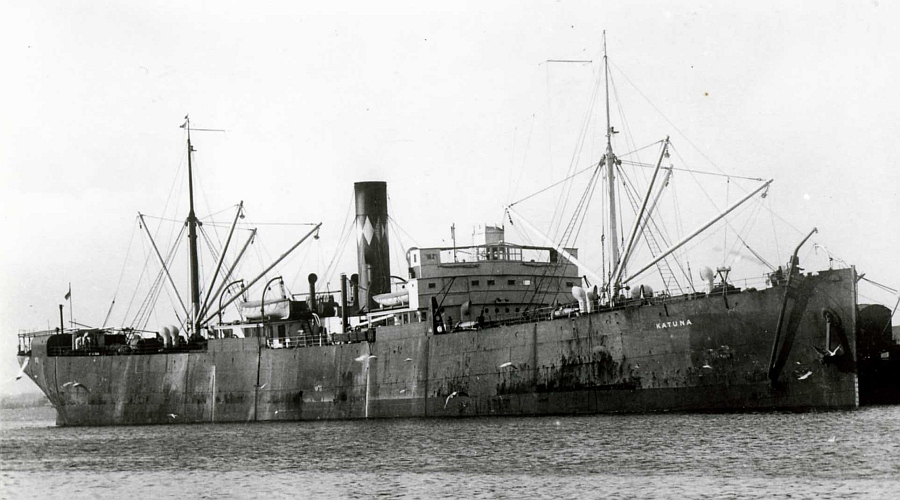 Built as Katuna for Bucknall Steamships of London 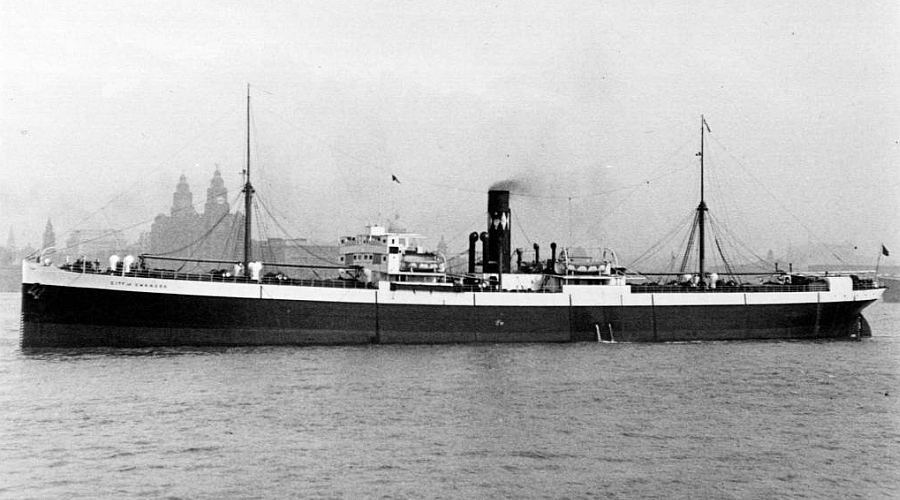 As Ellerman & Bucknall’s City of Swansea

Bombed and Sunk off Coast of Scotland - 1940 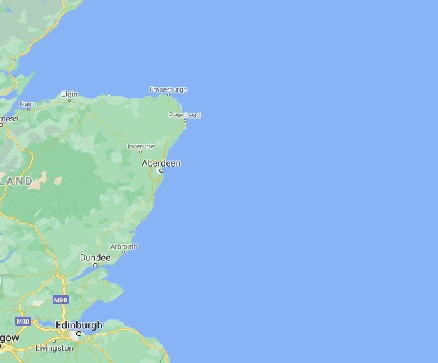 In July 1940 at Rosario and Buenos Aires, the St Glen had loaded a cargo of wheat, salted hides, general and 1339 tons of tinned corned-beef, she then sailed to Freetown and joined convoy SL44 (Freetown-Methil) which departed on the 18th August.

Having safely crossed the Atlantic, on the 6th September 1940 she was 6 miles east of Buchan Ness, heading south, when she was attacked and bombed by German aircraft.

One bomb exploded aft of the engineroom breaking the ship in two and she sank immediately.  Three of her crew died in the attack and the remaining 40 were rescued by HMS Sandwich.