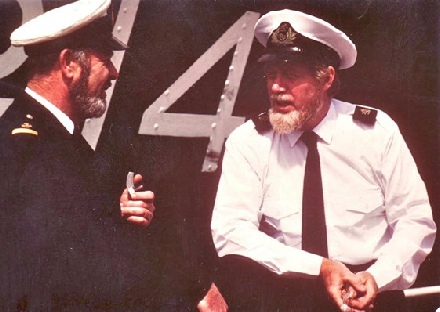 Roland went to sea and was a cadet on 'HMS Conway', a naval training ship, after which he joined the Union-Castle Line, eventually becoming First Officer of a mail boat.

Then, for 27 years he was a Trinity House Pilot, taking vessels into London, Harwich and other ports.

He married Marie-Louise Clemence Julie Joseph Servais (known as Youyou because of her siblings' inability to pronounce Louise) from Uccle, a suburb of Brussels, whom he met on the liner 'Durban Castle'.

They had four children, who are Trevor Hubert, Gerald Louis, Jacqueline Chantal and John-Christian.

From The Jacques Family

Chatting with The Duke of Kent in 1979