Arthur Henry Davey was born in Dunedin on 9 June 1878, the son of Henton Macaulay Davey, an engineer, and his wife, Mary Amy Nash. Educated at Arthur Street School, Dunedin, he had a burning desire to go to sea. However, his father had other ideas, and Arthur worked for the Standard Fire and Marine Insurance Company of New Zealand as an office boy. He was soon fired, he said, for incompetence. His father faced up to the inevitable and Arthur went to sea before the mast for the next five years. In 1899 he obtained his second mate's certificate in London and then joined Bullard, King and Company as third officer of their steamers, trading on the England–South Africa and India–South Africa routes.

In 1903 Arthur Davey gained his master's certificate in London and signed on as first mate for the delivery voyage of the 377-ton Alexander to the Anchor Shipping and Foundry Company, Nelson. On arrival he obtained a position as third officer with the Union Steam Ship Company of New Zealand, with which he was to remain for the rest of his career. Over the next seven years he worked his way up through the officer ranks of the Union Company, serving in every type of ship in the fleet. On 13 May 1906 at Auckland Arthur Davey married Ella May Ratcliffe Hunter. They were to have two sons and a daughter.

Davey gained his first command in 1911 at the age of 33. His 1,122-ton coastal collier, Kini, was one of the more lowly members of the fleet, but when its shaft broke off Cape Farewell, Arthur showed his seafaring skills by courageously securing the vessel's propeller himself. For most of the First World War Davey was in command of the cargo vessel Katoa, under charter to the British Admiralty for duties between India and the Persian Gulf. His services and initiative were commended to his employers, and in 1919 he received his first command of a passenger vessel, the 2,087-ton Talune. Over the next few years Davey commanded most of the Union Company passenger vessels in the Pacific islands services. 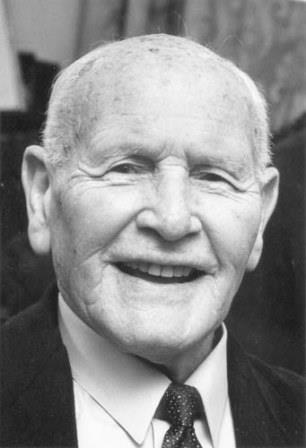 Promotion to larger vessels on the San Francisco and Tasman mail services followed, but while he was in command of the Maunganui in February 1928, a near collision off Wellington Heads with the ferry Tamahine brought him into disfavour with the company management. Although cleared of blame at the subsequent inquiry, Davey was temporarily transferred to cargo ships, first on the trans-Pacific and then on the Calcutta run.

In 1932 the Union Company faced intense competition from the heavily subsidised American Matson Line both on the San Francisco route and on the trans-Tasman run, which had been a Union preserve for many years. The Mariposa and Monterey outclassed any of the Union ships, so only service and seamanship could win the day. A master with panache was essential, and in November of that year Davey was recalled to the passenger fleet to take command of the Monowai on the trans-Tasman service. He did his best to ensure that the vessel and the Union Company got headlines. In 1934 the Monowai gave medical assistance in mid-Tasman to a cadet from the Finnish training ship Favell, and Arthur Davey was subsequently created a Knight of the Order of the White Rose. He was also a genial host on the Monowai's annual excursions to the South Island sounds and North Auckland in summer and to the Pacific islands in winter.

At last in 1936 Davey was able to meet the American challenge when the Union Company commissioned the Awatea, the finest passenger liner ever to fly the New Zealand flag. He took delivery of it from the builders' yard at Barrow-in-Furness, England, and astonished the shipping world when he dropped anchor in Wellington harbour at the very minute he had promised before leaving Britain. The Awatea and Davey soon swept all before them on the Tasman. The vessel was the third-fastest merchant ship in the British Empire and there was nothing that could compete locally. It took the Tasman record, but the sceptics still maintained that the Matson ships were faster.

The great test came in June 1938 when the Mariposa and Awatea left Auckland together for Sydney. The weather conditions were bad at the start, but when they improved the Awatea resumed its normal speed, which required four of its six boilers. The Mariposa overtook it, but after discussion with his chief engineer, the Awatea's fifth boiler was fired and the vessel led the Mariposa into Sydney. To accusations of racing, which was banned by the Union Company, Davey responded by asking how anyone could be racing when one boiler was cold. The Awatea was fitted with radio telephone, which Davey used to ensure that the radio public on both sides of the Tasman was well aware of the triumphs of his ship.

The constant exposure to cold salt water in his sailing-ship days had made Arthur Davey susceptible to arthritis, which impaired his mobility. Knowing that the Awatea was to be requisitioned for war service, he reluctantly tendered his resignation in February 1941. At the time he was the Union Company's senior master, with a record of 30 years in command, and he had reputedly crossed the Tasman more times than anyone else. Unlike the majority of the Union Company commanders, who were British, Arthur Davey was New Zealand-born and proud of it.

Although dependent on two walking sticks, during his retirement in Mission Bay he gave many hours to the Orakei Sea Scouts. He was a frequent visitor to the Union Company's Auckland office, where his bridge-deck voice could be heard comfortably from one end to the other. Arthur Davey died at his Auckland home on 1 March 1966, survived by his younger son. His wife, Ella, had died in 1950. His daughter and his elder son, Jack, a leading radio announcer in Australia, had also predeceased him. His ashes were scattered from a Union Company ship in the Tasman Sea, midway between Australia and New Zealand.